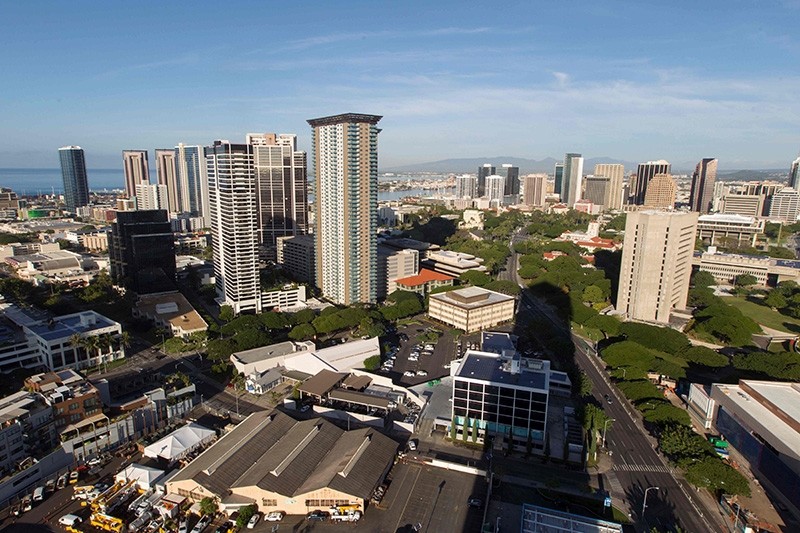 A push alert that warned of an incoming ballistic missile to Hawaii and sent residents into a full-blown panic Saturday was a mistake, state emergency officials said.

The emergency alert, which was sent to cellphones, said in all caps, "Ballistic missile threat inbound to Hawaii. Seek immediate shelter. This is not a drill." 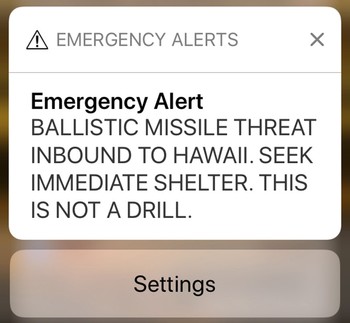 Hawaii Emergency Management Agency spokesman Richard Repoza said it was a false alarm and the agency is trying to determine what happened.

The alert caused a tizzy on the island and across social media.

Jamie Malapit, owner of a Honolulu hair salon, texted his clients that he was cancelling their appointments and was closing his shop for the day. He said he was still in bed when the phone started going off "like crazy." He thought it was a tsunami warning at first.

"I woke up and saw missile warning and thought no way. I thought 'No, this is not happening today,'" Malapit said.

He was still "a little freaked out" and feeling paranoid even after hearing it was a false alarm.

"I went from panic to semi panic and 'Are we sure?'" he said.