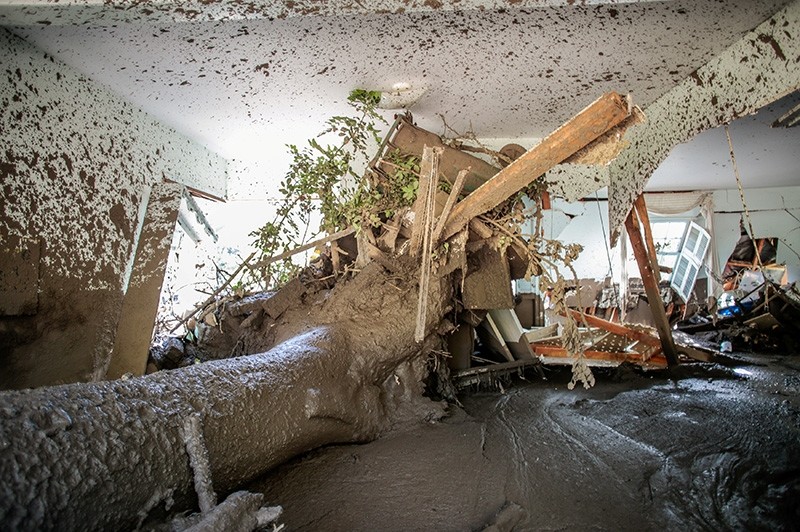 The search for survivors of the deadly mudslides in parts of California's Santa Barbara County continued Sunday even as hopes dwindled to find anyone alive, officials said.

"We're still in rescue mode and we still hope to find someone alive, although the chances of that are becoming slim," Santa Barbara County spokesman Justin Cooper said.

Another body was found Sunday, bringing the number of fatalities to 20. The coroner's office would identify the latest victim, Cooper said. Four people still remain missing.

Another 900 emergency personnel arrived this weekend to join the relief effort conducted by more than 2,100 personnel from local, state and federal agencies, including the U.S. Coast Guard, the U.S. Navy and the American Red Cross.

The ramped-up rescue effort is in response to urgent requests for additional manpower made earlier in the week.

Heavy rains on Tuesday soaked the area near Montecito, north of Los Angeles, where vegetation had been stripped away by the largest wildfire in California's history last month.

Sodden hillsides gave way, unleashing a torrent of mud, water, uprooted trees and boulders onto the valley below and killing people aged 3 to 89.

The destruction covered 30 square miles (78 square km), according to the California Department of Forestry and Fire Protection, and forced the partial closure of one of California's most celebrated coastal roads, the heavily used Highway 101.

In addition to trying to find those who are still missing after Tuesday morning's storm, crews have made it a top priority to clear out debris basins and creek canals before another rainstorm. Long-range forecasts gave the crews about a week before the next chance of rain — and potential new mudslides — although the precipitation was expected to be disorganized and light. Another system was possible two days later.

"If we don't get those debris basins cleaned out, then we're not going to be prepared for the storm and we don't know what that storm is going to look like," said Robert Lewin, Santa Barbara County's emergency management director.

More than 2,000 workers have been clearing debris since the storm, using backhoes, jackhammers and chain saws.

After government evacuation notices, many fled to nearby Carpinteria, where the community has ramped up efforts to support victims of the storm, including blood drives and transportation guidance.

The county has planned a candlelight vigil for the victims and an interfaith service for Sunday evening.