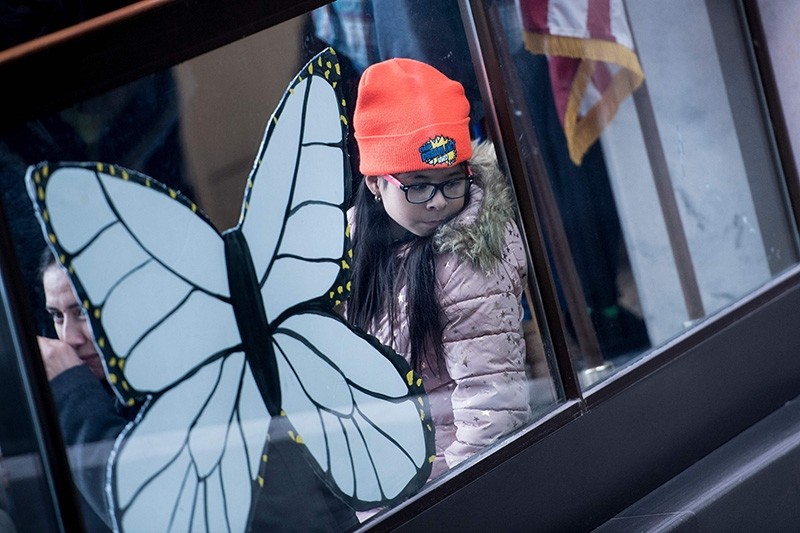 The Trump administration is appealing a judge's ruling temporarily blocking its decision to end protections for nearly 800,000 young immigrants.

Attorneys for the U.S. Department of Justice said in a court filing Tuesday that they were appealing to the San Francisco-based 9th U.S. Circuit Court of Appeals.

The DOJ in a separate news release said it planned to seek review by the U.S. Supreme Court even before a ruling from the appeals court.

U.S. District Judge William Alsup on Jan. 9 granted a request by California and other plaintiffs to prevent President Donald Trump from ending the Deferred Action for Childhood Arrivals program while lawsuits challenging the decision play out in court.

DACA protected people who were brought to the U.S. illegally as children or came with families who overstayed visas.

Brought to the U.S. illegally as children and granted temporary status under former president Barack Obama, Trump ended the program for so-called "Dreamers" in September.

Since the controversy erupted, Trump has not explicitly denied referring to African countries and Haiti as "shitholes," but has said, without offering details, that he did not use the language attributed to him.

On Twitter, Trump hit out at Democrat Senator Dick Durbin, who was present at last week's meeting and insisted the president used the slur repeatedly.

"Senator Dicky Durbin totally misrepresented what was said at the DACA meeting. Deals can't get made when there is no trust!" he wrote Monday evening.

"We need a merit based system of immigration, and we need it now!" he added Tuesday.