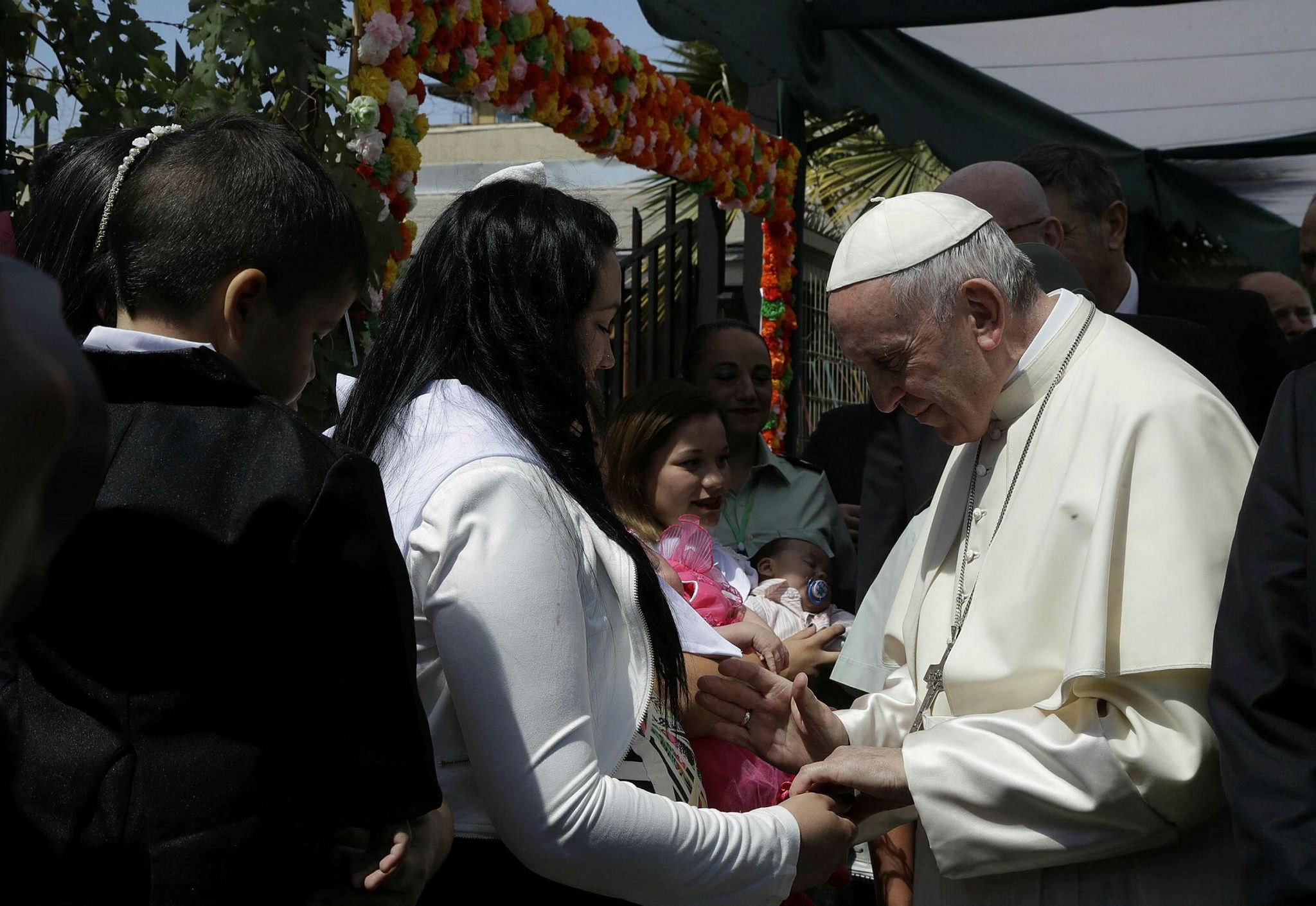 On his first papal visit to Chile, Pope Francis has not received a universal welcome, as Chileans protested injustices they accuse the Catholic Church of keeping silent.

The pope pleaded for forgiveness Tuesday for child sexual abuse scandals that rocked the Catholic Church in Chile, as riot police broke up a protest in Santiago near the first public mass of his South American visit, attended by 400,000 people.

"I cannot begin to express the pain and shame that I feel over the irreparable harm caused to children by some ministers of the church," the 81-year-old pontiff said.

"I would like to join with my brothers in the episcopate, because if it is right to ask for forgiveness and to support the victims with strength, we must at the same time commit ourselves to make sure that this does not happen again," he said.

The visit has also been marked by almost a dozen churches being burned by indigenous Mapuche people who are demanding Chile return ancestral lands and legally recognize their language.

On Wednesday, another Roman Catholic Church was torched in Panguipulli, 515 miles (830 kilometers) south of Santiago, bringing the week's total to at least 11 churches.

A report released prior to the pope's visit outlined the depth of sexual abuse in the local church, and his appointment of a bishop who many here believe covered up the country's most prominent sex abuse scandal.

The U.S.-based NGO Bishop Accountability said ahead of the pope's visit that almost 80 Roman Catholic clergy members had been accused of sexually abusing children in Chile since 2000.

For victims, the pope's request for forgiveness did not go far enough.

"We need concrete actions that the pope has not taken with the Chilean church," said Juan Carlos Claret, spokesman for a lay association in the southern city of Osorno.

The pope later told representatives of Chile's clergy at a packed Santiago cathedral that he was "attentive to what you are doing to respond to this great and painful evil."

It was painful for the victims and their families, he told them, but painful also for them.

"I know that at times you have been insulted in the metro or walking in the street, and that by going around in clerical attire in many places you pay a heavy price."

In his homily at the mass, where the congregation included Mapuche women in traditional dress, Francis called for the rights and culture of indigenous people to be respected, so they could be treated as "a worthy child of this country."

Earlier, he said in his speech to officials that indigenous peoples "can make a great contribution" to the environmental protection of the planet.

"We can learn from them that there is no true development in a population that turns its back on the earth and everyone and everything around it," he said.

However, there was no specific mention of the Mapuche, with whom the pope is scheduled to meet Wednesday during a visit to Temuco, over 600 kilometers (370 miles) south of the capital Santiago.

Three Catholic churches were vandalized on Tuesday, including one in the Araucania region, where most of the Mapuche people live.

In a first for Francis, he visited a women's prison, telling inmates at Santiago's San Joaquin Female Penitentiary that "losing our freedom does not did not mean losing our dreams and hopes."

About 100 inmates welcomed him with songs and excited applause, some of them with their small children.

"We need to reject all those petty cliches that tell us we can't change, that it's not worth trying. That nothing will make a difference. No dear Sisters! Some things do make a difference," Francis said.

A jail sentence must offer opportunities for personal growth, he said.

"Public order must not be reduced to stronger security measures, but should be concerned primarily with preventive measures, such as work, education, and greater community involvement."