Tillerson to visit London next week, shortly after Trump cancels his UK visit 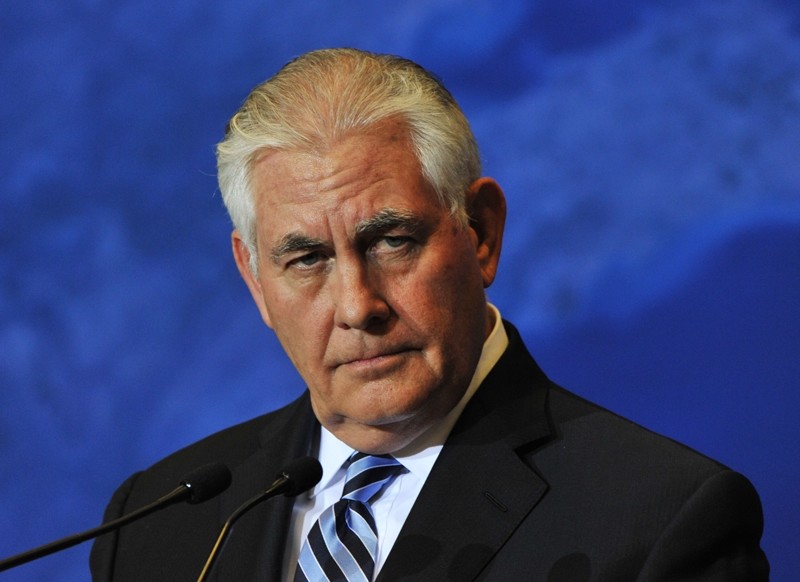 Secretary of State Rex Tillerson said he hopes to visit the new U.S. embassy in London next week, shortly after President Donald Trump refused to attend its opening ceremony.

Tillerson will be in Britain on Monday at the start of a sweep through Europe that will take him on to Paris, Warsaw, and the World Economic Forum in Davos, Switzerland.

His meetings in each city have not been finalized, State Department officials said, but the secretary himself told reporters on Wednesday that he hopes to see the embassy.

Tillerson told reporters that his British host, Foreign Secretary Boris Johnson, was preparing a packed agenda for him "but I hope to get by the embassy."

Washington's new mission in London opened with little fanfare on Tuesday after a 10-year moving process, with a total price tag of around one billion dollars.

Some reports had suggested that Trump would attend the opening, but the president angrily dismissed that idea last week in one of his trademark Twitter outbursts.

"I am not a big fan of the Obama administration having sold perhaps the best located and finest embassy in London for 'peanuts', only to build a new one in an off location for 1.2 billion dollars," Trump wrote.

The US embassy said the project had been developed in 2007, before Barack Obama took office, and executed "within the established budget."

For many, Trump's alleged concern about the embassy's cost and site was a cover for the real reason he was again delaying his first trip to Britain as president.

British press reports suggest that Trump knows that any visit could generate protests against him in London.

Announcing Tillerson's voyage, State Department spokeswoman Heather Nauert defended the cost and the timeframe of the embassy move -- which she said is still ongoing.

"We still have ... quite a few people, who are in the old location," Nauert said.

"We pushed to get this embassy opened pretty quickly. So it's almost a miracle that it's open on time," she said, adding there was no ribbon-cutting ceremony on Tillerson's schedule.

On Tuesday, in Paris he will meet senior French officials on the same issues, then spend two days in Davos shadowing Trump at his first visit to the global elite's business forum.

By Friday, he will be in Poland for more talks with senior officials on security and economic issues.