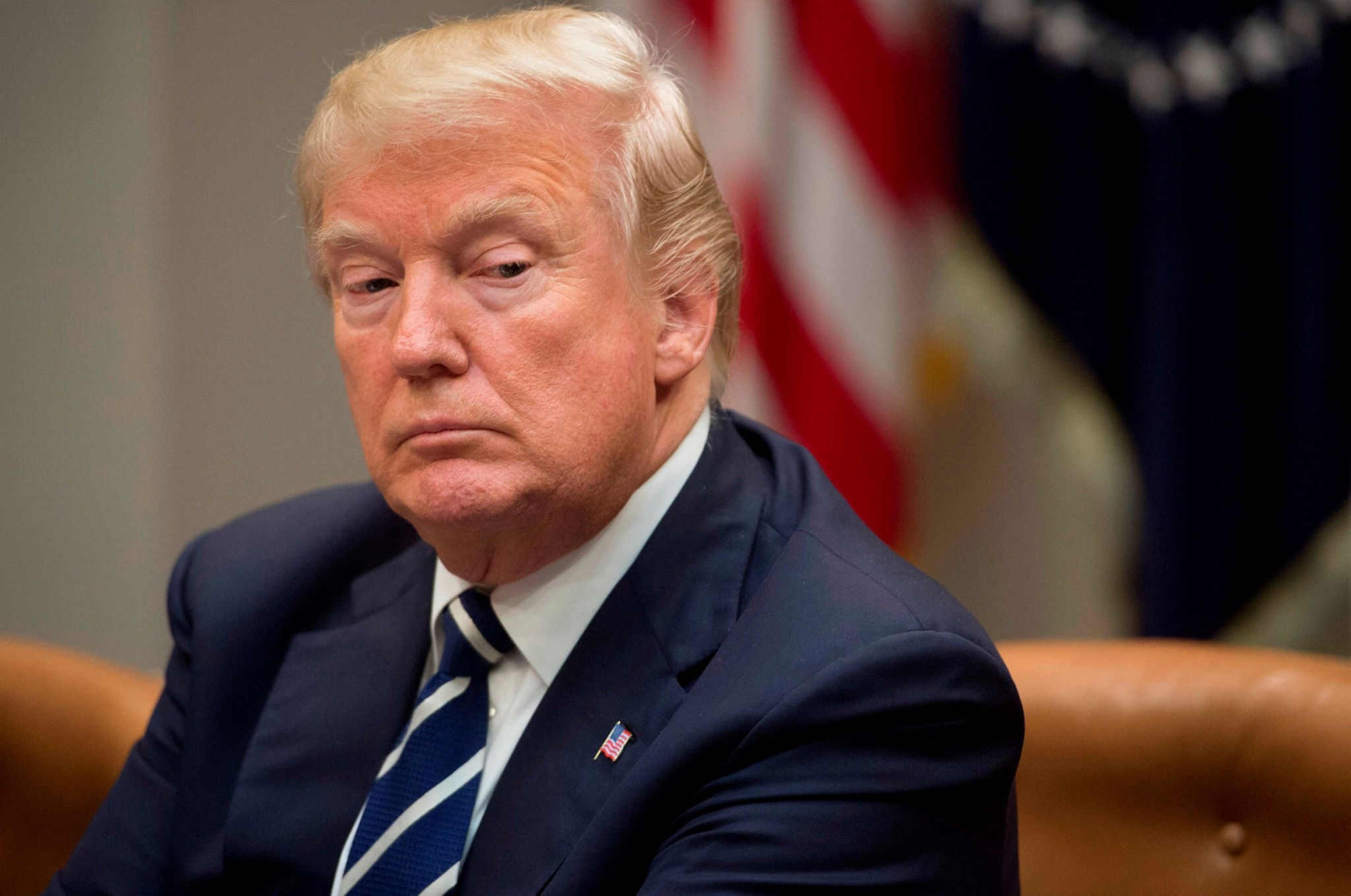 U.S. President Donald Trump marked the first anniversary of his inauguration with his government in shutdown.
by Compiled from Wire Services Jan 22, 2018 12:00 am

Republicans and Democrats have traded bitter recriminations over who is to blame for the failure to pass a stop-gap funding measure by a Jan. 20 deadline, a year to the day since Trump took officeFeuding Democrats and Republicans in Congress are trying to dodge blame for a paralyzing standoff over immigration and showing few signs of progress on negotiations needed to end a government shutdown.

The finger-pointing Saturday played out in rare weekend proceedings in both the House and Senate, where lawmakers were eager to show voters they were actively working for a solution — or at least actively making their case why the other party was at fault. The scene highlighted the political stakes for both parties in an election-year shutdown whose consequences were far from clear.

"The American people cannot begin to understand why the Senate Democratic leader thinks the entire government should be shut down until he gets his way on illegal immigration," said Senate Majority Leader Mitch McConnell, R-Ky., hours after a last-chance Senate vote failed.

Democrats refused to provide the votes needed to reopen the government until they strike a deal with President Donald Trump protecting young immigrants from deportation, providing disaster relief and boosting spending for opioid treatment and other domestic programs.Democrats feel "very, very strongly about the issues" said Sen. Chuck Schumer of New York, the Democratic leader, adding that he believes "the American people are on our side," as reported by AP.

The fighting followed a late-night vote in which Senate Democrats blocked a House-passed measure that would have kept agencies functioning for four weeks.

Republicans began the day hopeful they might pick off Democratic support for a three-week version and bring the episode to a quick end. Democrats are insisting on an alternative lasting only several days — which they think would pressure Republicans to cut an immigration deal — and say they'll kill the three-week version when the Senate votes on it by early Monday.

The shutdown came on the anniversary of Trump's inauguration. As lawmakers bickered in the Capitol, protesters marched outside in a reprise of the women's march from a year ago. The president remained out of sight and canceled plans to travel to his resort in Florida for the weekend. He did tweet, making light of the timing by saying Democrats "wanted to give me a nice present" to mark the start of his second year in office.

There have been four government shutdowns since 1990. In the last one in 2013, more than 800,000 government workers were put on temporary leave.

"We are just in a holding pattern. We just have to wait and see. It is scary," Noelle Joll, a 50-year-old furloughed U.S. government employee, told AFP in Washington.

A deal had appeared likely on Friday afternoon, when Trump who has touted himself as a master negotiator, seemed to be close to an agreement with Democratic Senate minority leader Chuck Schumer on protecting Dreamers.

But no such compromise was in the language that reached Congress for a stop-gap motion to keep the government open for four more weeks while a final arrangement is discussed. And Republicans failed to win enough Democratic support to bring it to a vote.

Congress reconvened for a rare Saturday session, where leaders of both sides were meant to hammer out their differences to prevent the shutdown from stretching into Monday. Instead, they traded accusations of responsibility for the shutdown. Schumer said trying to negotiate with Trump "was like negotiating with Jell-O.""It is impossible to negotiate with a constantly moving target," he said. "President Trump is so mercurial it is been impossible to get him to agree to anything." Meanwhile, McConnell said Schumer "took the extraordinary step" of preventing the legislation from passing and thus "plunging the country into this totally avoidable mess."