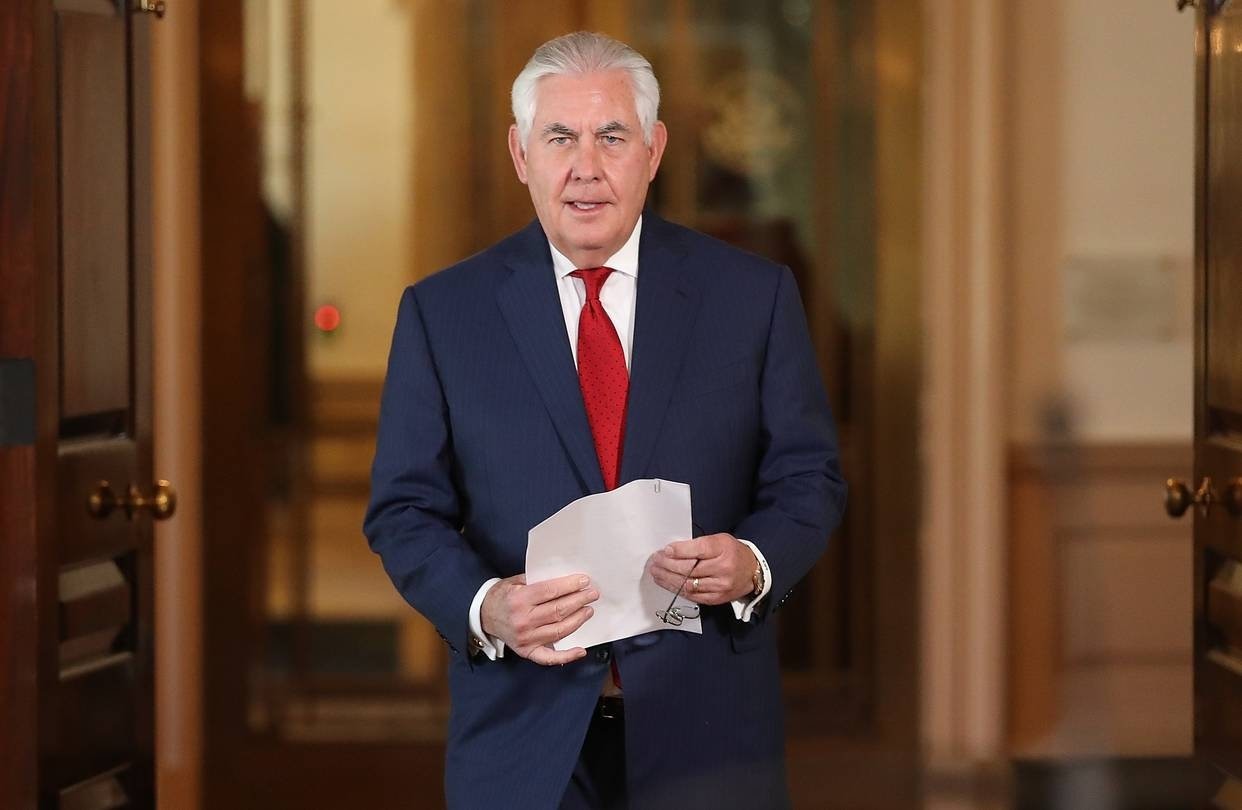 U.S. Secretary of State Rex Tillerson on Thursday raised the prospect that the Venezuelan military could decide to oust President Nicolas Maduro but said he did not know whether that would happen.

In a speech at the University of Texas ahead of five-nation Latin America tour, Tillerson insisted the Trump administration was not advocating "regime change" in Venezuela but said it would be "easiest" if Maduro chose to leave power on his own.

He predicted there would be "change" in Venezuela and said the United States wanted it to be a peaceful one.

"In the history of Venezuela and South American countries, it is often times that the military is the agent of change when things are so bad and the leadership can no longer serve the people," Tillerson said. But he added that "Whether that will be the case here or not, I do not know."

"Maduro should get back to his constitution and follow it," Tillerson said, adding if the heat gets too hot for him, "I am sure that he's got some friends over in Cuba that could give him a nice hacienda on the beach."