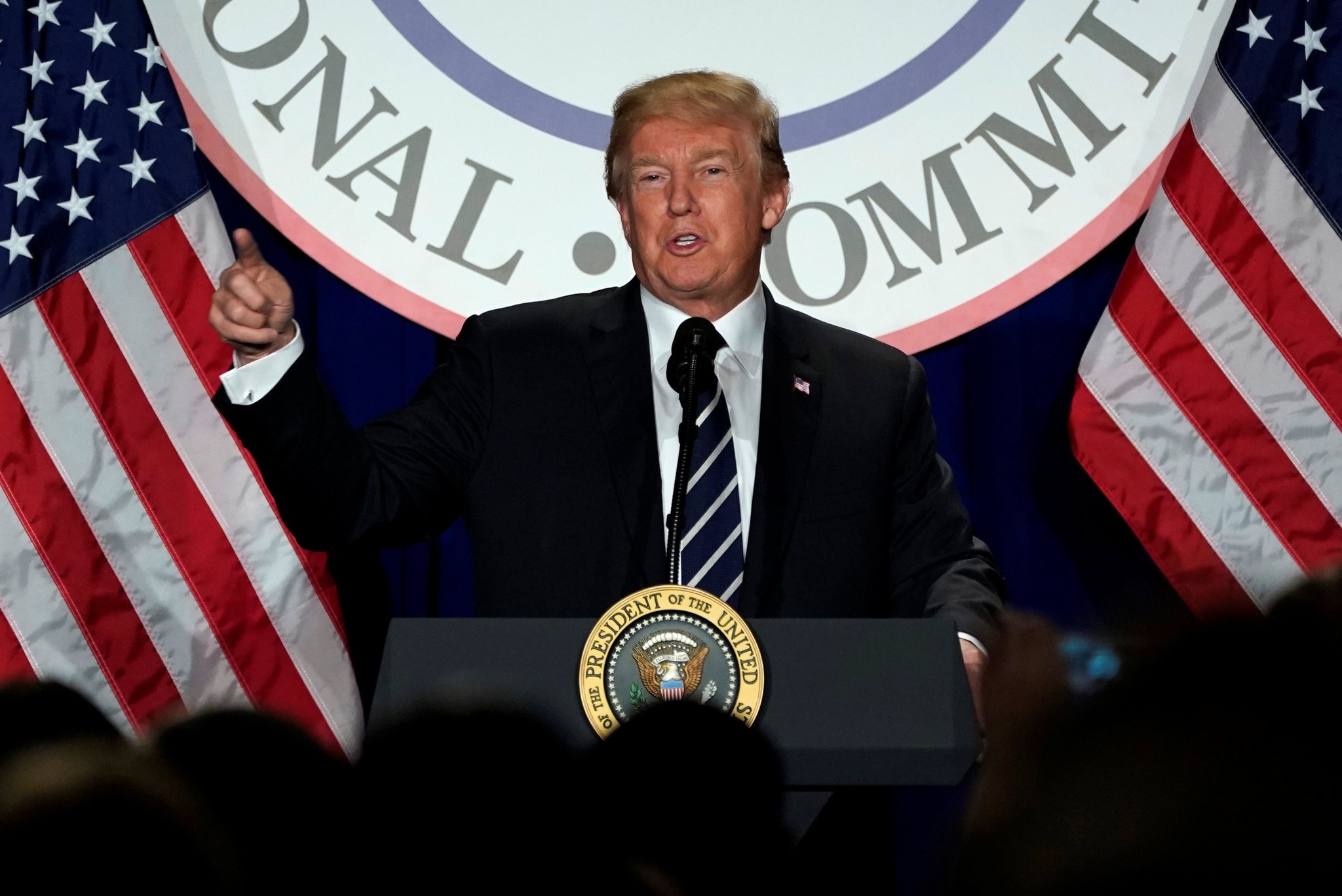 U.S. President Donald Trump accused the FBI and the Justice Department of politicizing its investigations on Friday, just as the White House is expected to approve the release of a secret Republican memo alleging FBI bias against him in its Russia probe.

"The top Leadership and Investigators of the FBI and the Justice Department have politicized the sacred investigative process in favor of Democrats and against Republicans - something which would have been unthinkable just a short time ago. Rank & File are great people!," Trump wrote in a post on Twitter.

His tweet comes after White House officials said Trump will clear the way for the publication of a classified memo on the Russia investigation that Republicans say shows improper use of surveillance by the FBI.

The memo, prepared by Republicans on the House intelligence committee, is said to allege FBI misconduct in the initial stages of its investigation of potential ties between Russia and Trump's 2016 campaign. Trump's Justice Department and Democrats furiously lobbied Trump to stop the release, saying it could harm national security and mislead the public.

A White House official said Congress would probably be informed of the decision Friday, adding Trump was "OK" with its release. A second White House official said Trump was likely to declassify the congressional memo but the precise method for making it public was still being figured out. The officials were not authorized to be quoted about private deliberations and spoke on condition of anonymity.

The FBI's stance means Trump, by allowing the memo's release, would be openly defying his own FBI director. It also suggests a clear willingness by FBI Director Christopher Wray, who in the early stretch of his tenure has been notably low-key, to challenge a president who just months ago fired his predecessor, James Comey.

Comey has defended the agency on Twitter, writing, "All should appreciate the FBI speaking up. I wish more of our leaders would."

On Twitter, Comey urged his former colleagues to "take heart: American history shows that, in the long run, weasels and liars never hold the field, so long as good people stand up."

He concluded, "Not a lot of schools or streets named for Joe McCarthy" — a reference to the senator who, in the 1950s, conducted hearings aimed at rooting out Communists in the U.S. government.

Since his firing last May, Comey has made his personal feelings about Trump known, testifying in detail about personal interactions he says troubled him.

The House intelligence panel voted along party lines Monday to put the memo out, giving Trump five days to reject the release under committee rules. But Trump also has the power to declassify the document himself and either release it or hand it to Congress to release. One of the White House officials said the memo would be in "Congress' hands" after Trump declassified it and there were unlikely to be any redactions to the document.

Trump has said he wants the memo released even after the FBI declared Wednesday that it has "grave concerns" about its accuracy. The document was written as part of an effort to reveal what Republicans say are surveillance abuses by the FBI and the Justice Department early in Russia investigation, before special counsel Robert Mueller was appointed to take it over.

The top Leadership and Investigators of the FBI and the Justice Department have politicized the sacred investigative process in favor of Democrats and against Republicans - something which would have been unthinkable just a short time ago. Rank & File are great people!

Senior FBI officials have also made direct appeals to the White House, warning that it could set a dangerous precedent.

Democrats call the memo an attempt by Republicans to distract attention from the investigation into Russian meddling in the election that sent Trump to the White House. Democrats on the intelligence panel made a last-ditch effort Wednesday evening to stop the release, saying the memo had been "secretly altered" by the Republicans who wrote it.

California Rep. Adam Schiff said in a letter to the House intelligence committee chairman, Republican Devin Nunes of California, that committee Democrats had discovered changes that were made after the vote Monday.

"The White House has therefore been reviewing a document since Monday night that the committee never approved for public release," Schiff said in the letter.

Schiff asked Nunes for another vote on the memo, but Republicans didn't appear to waver. Nunes spokesman Jack Langer said the committee vote was "procedurally sound."

"To suggest otherwise is a bizarre distraction from the abuses detailed in the memo, which the public will hopefully soon be able to read for themselves," Langer said.

This all comes as special counsel Mueller is investigating whether the Trump campaign improperly coordinated with Russia and whether Trump sought to obstruct the inquiry by, among other actions, firing Comey. Republicans have intensified their pressure on the Justice Department as Mueller's probe has moved closer to Trump's inner circle.

Trump has been telling confidants in recent days that he believes the document will validate his concerns that the FBI and Justice Department conspired against him, according to one outside adviser familiar with those conversations but not authorized to speak publicly about private discussions.

The president also has told allies that he believes the memo bolsters his claim that accusations of collusion between his campaign and Russian officials are false and part of a conspiracy to discredit his election.

Ryan charged that the Democrats were just out for political gain, saying the purpose of the memo is to reveal whether there have been abuses of surveillance laws.

"This memo is not an indictment of the FBI or the Department of Justice, it does not impugn the Mueller investigation or the deputy attorney general," he said, referring to Rod Rosenstein, who appointed Mueller in May.

But Schiff said the opposite Thursday, asserting that Trump is looking for a reason to fire Mueller and Rosenstein. He said he's more worried about Rosenstein because he decides the scope of Mueller's investigation.

"The White House knows it would face a firestorm if it fired Bob Mueller," Schiff said. "What's more effective is to fire Bob Mueller's boss."