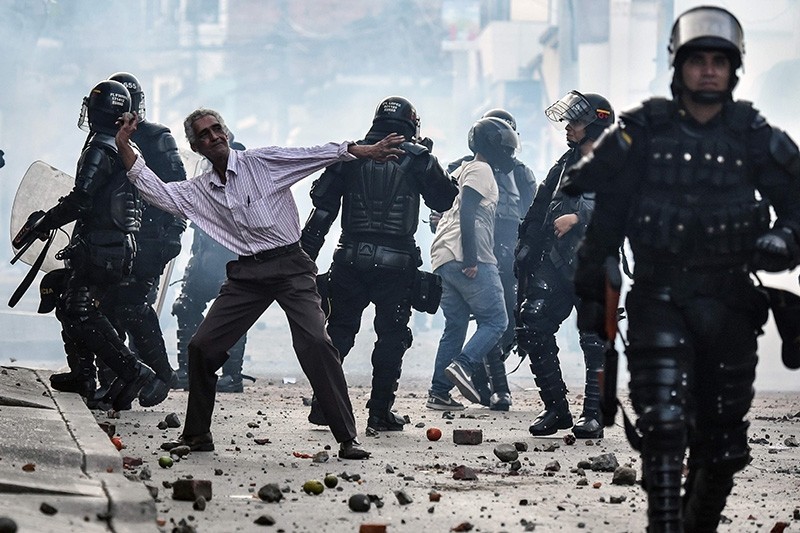 A demonstrator throws stones during a protest against a campaign rally held for Rodrigo Londono Echeverri, known as ,Timochenko,, the presidential candidate for the Common Alternative Revolutionary Force (FARC) (AFP Photo)
by Feb 09, 2018 12:00 am

Colombia's FARC ex-rebel group, now a political party, announced Friday it was suspending campaigns for political office citing threats to its candidates and a lack of safeguards.

Campaigning "will be temporarily suspended until the government gives us minimum guarantees" that we can campaign safely, FARC vice presidential candidate Imelda Daza told AFP.

The party's presidential candidate Rodrigo Londono has been threatened, and the group said 40 ex-fighters and relatives have been killed since the guerrillas reached a peace agreement with the government in late 2016.