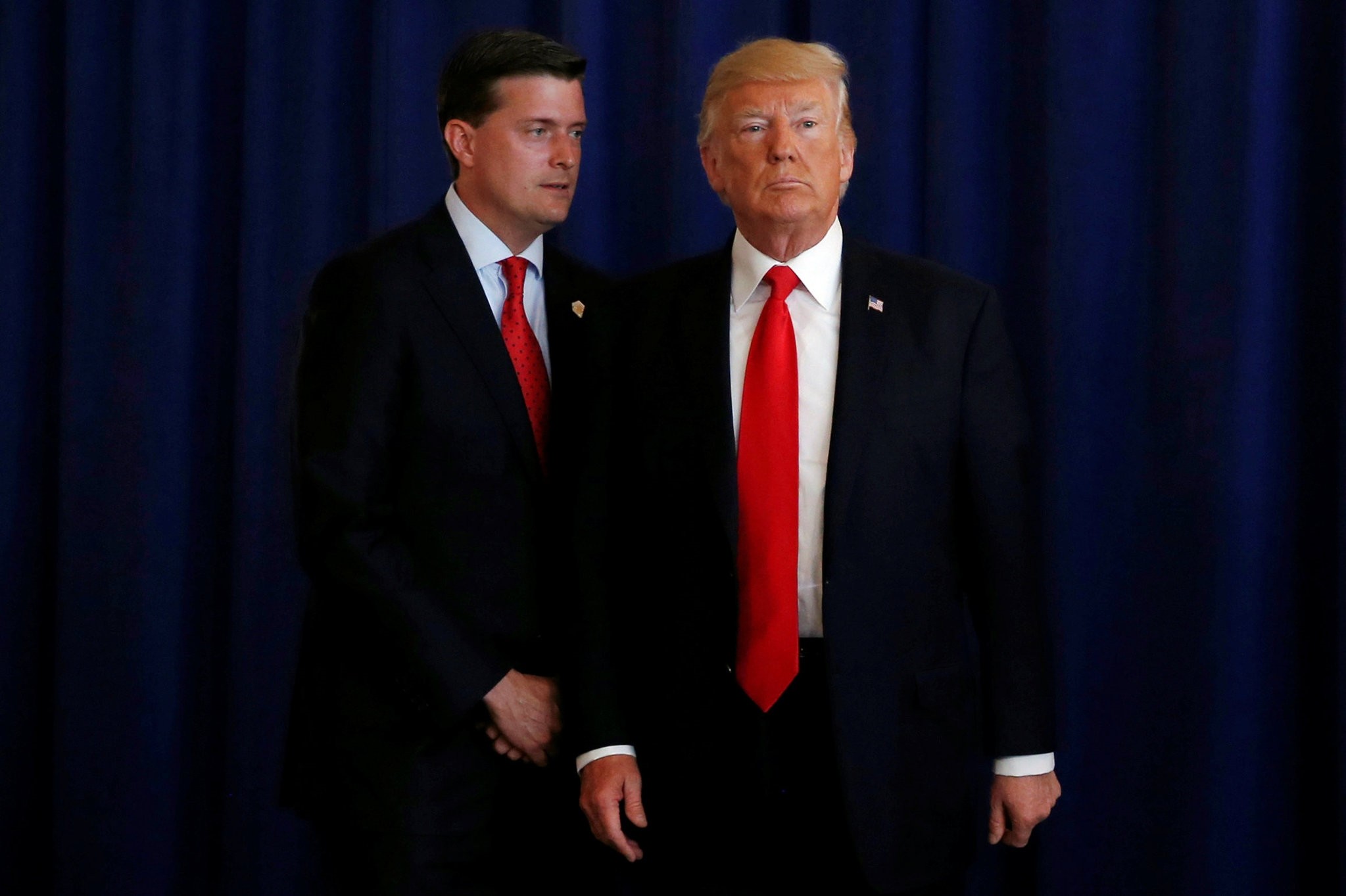 U.S. President Donald Trump said on Friday that White House aide Rob Porter, who resigned this week after allegations that he abused two former wives, had maintained his innocence, and he wished him well.

"He says he's innocent. I think you have to remember that. He said very strongly yesterday that he's innocent," Trump told reporters in the Oval Office.

"We certainly wish him well. It's obviously a tough time for him, and he did a very good job in the White House. We hope he has a wonderful career ahead of him," Trump added.

The president did not refer to the two women who have this week provided graphic accounts of the verbal and physical abuse they said they suffered while married to Porter.

Trump said he found out about the allegations recently and was "surprised" by them.

White House spokesman Raj Shah said on Thursday the White House was not fully aware of the extent of the allegations against Porter until photographs of one of his ex-wives with a black eye emerged on Wednesday.

Shah also said the crisis could have better handled by senior White House officials. "A lot of us could have done better."

Porter is a Harvard Law School graduate whose position as White House staff secretary required a security clearance and close contact with Trump. At the time of his resignation, Porter had not yet been approved for a security clearance because the required background check was still ongoing.