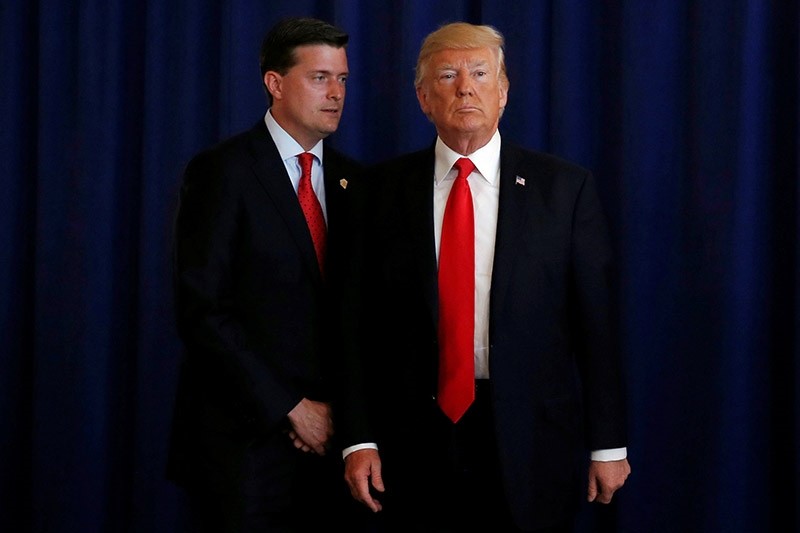 Donald Trump's White House on Thursday admitted it could have done a better job handling battery allegations against a top staffer, amid a deluge of questions about ethical lapses at 1600 Pennsylvania Avenue.

Close Trump aide Rob Porter stepped down from his post as staff secretary Wednesday, despite his denial of grim accusations of abuse by his two ex-wives -- one of them released a photo of herself with a black eye she says he gave her.

It has since emerged that Porter did not receive full security clearance because of the allegations, but nevertheless worked at the president's side day in and day out, handling highly classified material.

"A lot of us could have done better," deputy press secretary Raj Shah told reporters when asked about the situation -- a rare statement of contrition from the Trump White House.

Amid questions about why Porter was forced to resign only after the allegations became public, Shah refused to give details about when and how Chief of Staff John Kelly in particular became aware of the claims.

"He became fully aware about these allegations yesterday," said Shah. "I'm not going to get into the specifics, regarding who may have known what pieces of information."

Shah also refused to give details about whether Trump communications advisor Hope Hicks -- who was reportedly dating Porter -- was involved in shaping the White House response to the scandal.

Until hours before the Harvard graduate left his post, the White House was praising him as an upstanding and integral member of staff.

"Rob Porter has been effective in his role as staff secretary. The president and chief of staff have full confidence in his abilities and his performance," said press secretary Sarah Sanders.

In an interview with CNN aired Thursday Porter's ex-wife Jennifer Willoughby detailed allegations of his abuse, saying that during her marriage she lived under a "low-grade constant terror of now knowing what I might do to set something off."

Asked if she thought allegations against her ex-husband should have stopped him from working in the White House, Willoughby called it a "greater question... for society today."

"Can we separate a man's work from his private life?" she asked, calling it "concerning" that the central discussion had been "what did Rob contribute? What was his work?"

"As opposed to you know, this is a troubled man with issues that needs help."

Trump's administration has been beset by scandal and staff departures.

From the beginning of his campaign, the mercurial businessman who vowed to bring on "only the best people" has had trouble recruiting from the ranks of Republican operatives, many of whom bristle at his behavior.

Porter had been a rare staffer respected by the party hierarchy and was seen as good at his job.

"I did talk to the president earlier today and he said he was saddened by the reports," Shah said -- "by the information he saw, and by the images he saw."