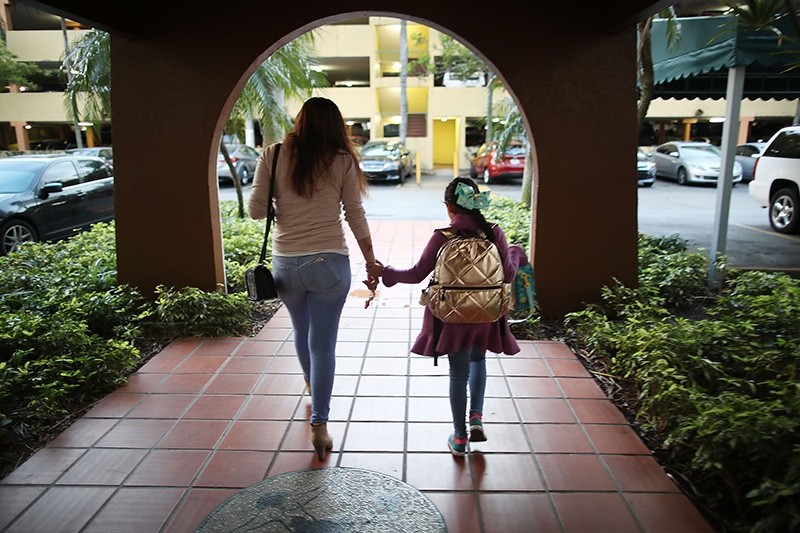 From third to fifth grade, Alyson Hochstedler says bullies slammed her son into lockers and punched him. One threatened to stab him. The public school's administration did little to stop his tormentors, she says, so the mother of five transferred her son to private school, using a state grant for low- and middle-income families to pay his tuition.

The Florida Legislature is considering a proposal that would give parents like Hochstedler a second, more controversial option, especially if they aren't eligible for an income-based grant. That option is a state-funded private school voucher averaging $6,800 a year expressly for children who say they have been bullied, regardless of income.

The "Hope Scholarships" would be the nation's first such program. The grants would be funded by car buyers who voluntarily redirect $105 from their registration fee to the program, under a bill passed by the Florida House. Religious and secular private schools would be eligible.

Hochstedler, a Tallahassee resident, wishes such a program had existed for her son, now 15 and thriving at a private school.

"When the conflict is not resolved for the safety and welfare of the child, having another recourse like the Hope Scholarship becomes just that ... hope," she said in an email.

But opponents whose children have also been bullied say it would do nothing to stop the problem. The state teachers union agrees, saying it is part of an effort to weaken public schools. A 2016 study by the National Center for Education Statistics showed little difference in bullying between public and religious schools.

Leah Ribando's fourth-grade daughter suffers migraines from the relentless insults she and her friends receive from a group of girls at their central Florida school. She said accepting a voucher would seem like "I'm being paid off to leave" and would let administrators off the hook.

"The bully isn't being reprimanded -- they will still be there to bully other kids," she said.

Under the proposal, students would be eligible if their parents told administrators they had been bullied, battered, harassed, hazed, sexually assaulted or harassed, robbed, kidnapped, threatened or intimidated at school. The allegation wouldn't have to be proved, under the House bill. The companion Senate bill would require the principal's substantiation.

Critics say the measure is loosely written, and a child teased or jostled once in elementary school could get an annual voucher through high school.

The vouchers would cover all or most of the tuition at many religious elementary schools, but many secular private schools and religious high schools charge $12,000 a year or more.

Supporters project 8 to 10 percent of the state's annual 4 million car buyers would redirect $105 -- it costs nothing extra. That would divert $40 million and annually fund about 5,800 vouchers. The state's Republican-controlled government already has one of the nation's largest voucher programs, with 150,000 low- and middle-income students and children with special needs or disabilities receiving tuition assistance at an annual cost of nearly $1 billion.

He believes parents will seek vouchers only after a string of serious incidents.

"Parents go through a very long and painstaking process when they think about removing their child," said Donalds, a Republican from southwest Florida. "What we are trying to do is with these students who are subject to these outrageous acts of violence or abuse is to give them a path to continue their education."

The Florida Education Association, the teachers union, says the Republicans' goal is to expand the voucher program and get more taxpayer money into private hands. President Joanne McCall said if legislators want to stop bullying they should fully fund existing programs such as peer-to-peer intervention, where students are taught to speak up when witnessing abuse.

"If you really want to get to the heart of bullying then we have to do things that prevent bullying," McCall said. "We know there are programs out there that work."

McCall says it's impossible to know how much bullying occurs in the state's private schools because the Legislature doesn't require them to report. The 2016 national report says 21 percent of public school students surveyed were bullied, compared to 19 percent of Catholic school students and 20 percent of students who attend schools affiliated with other religions and Christian denominations. The report says the number of students surveyed who attend secular private schools was too small to measure.