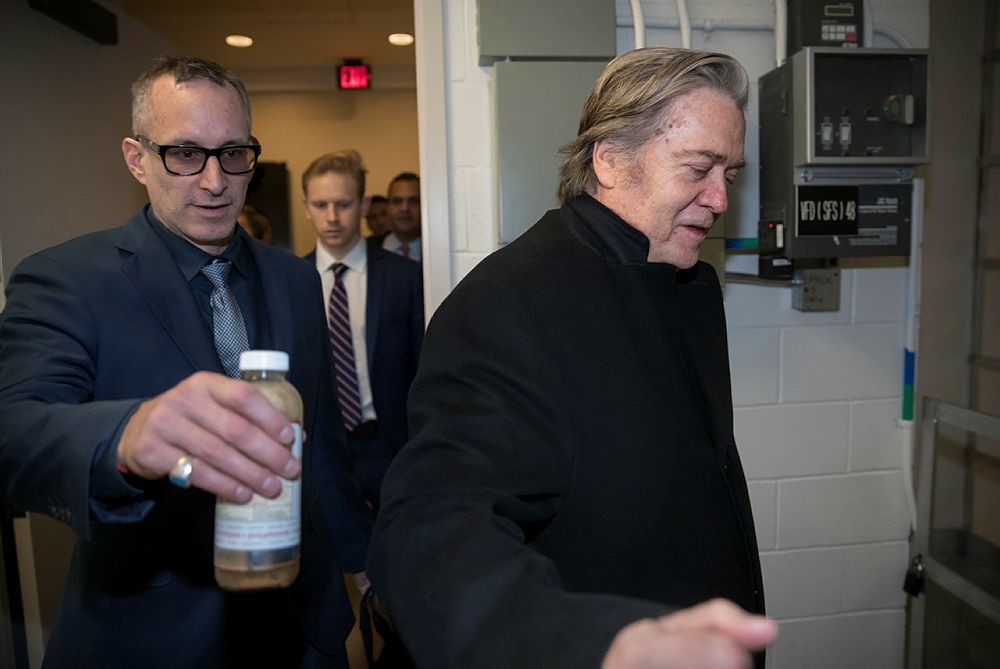 Steve Bannon enters a utility stairwell at the Capitol as he arrives for questioning by the House Intelligence Committee, in Washington, Thursday, Feb. 15, 2018. (AP Photo)
by reuters Feb 15, 2018 12:00 am

Steve Bannon, a former top adviser to U.S. President Donald Trump, declined to answer many questions during his second closed-door meeting with the U.S. House Intelligence Committee on Thursday, frustrating members of the panel, Republican and Democratic committee leaders said.

"He did not answer all the questions we'd like answered, so there was frustration among committee members with respect to that," said Conaway, who has been overseeing the committee's investigation of Russia and the 2016 U.S. election after U.S. intelligence agencies determined that the nation sought to interfere in the campaign.

Russia has denied trying to meddle in the election. Trump has denied collusion between his associates and Moscow.

"That is not how privilege works. That is how stonewalling works," Schiff told reporters.

Schiff called for the initiation of contempt of Congress proceedings against Bannon.

When Conaway was asked whether he would back such a contempt proceeding, he said the decision was not his to make. "I think he (Bannon) should answer our questions," he told reporters.

Bannon left after less than three hours of testimony. It was his second appearance before the committee.