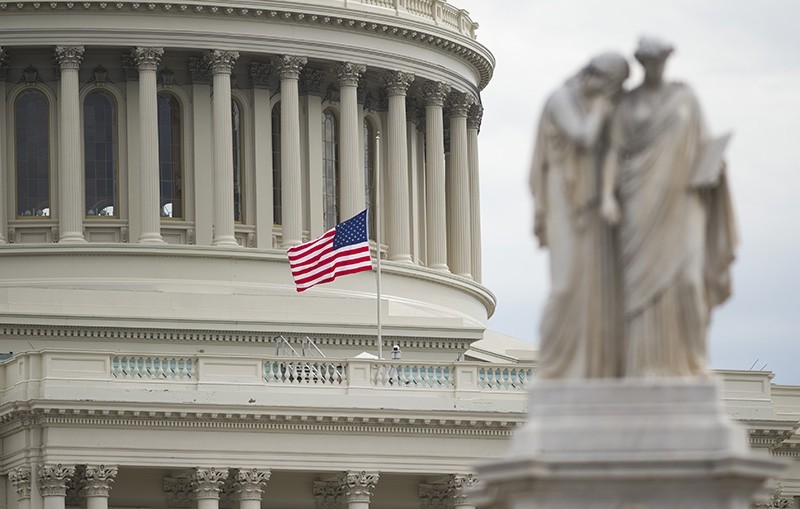 U.S. President Donald Trump on Thursday focused on mental health, not guns, when he addressed the nation in the wake of a school shooting in southern Florida that saw a troubled 19-year-old former student kill 17 people and injure 14 others.

Trump said the rampage in Parkland, Florida showed the need to work with local authorities "to help secure our schools and tackle the difficult issue of mental health."

Trump offered no timetable but said he would travel to Parkland to comfort the grieving and "continue coordinating the federal response," adding that securing schools would be a top priority at a meeting with governors and state attorneys general later this month.

The school shooting - the worst since the Sandy Hook Elementary School massacre in 2012 - has once again revived a partisan debate in the U.S. over gun control.

Trump made no mention of pursuing legislation that could restrict gun sales, in spite of emotional pleas from some Florida victims who urged the government to do more on the issue.

Addressing a sheriffs' conference earlier on Thursday, Attorney General Jeff Sessions said he would commission research from the Justice Department about how mental illness and violent crime intersect.

"It cannot be denied that something dangerous and unhealthy is happening in our country," he told the sheriffs.

Florida Governor Rick Scott - a Republican - called for better regulation to keep unstable people from obtaining weapons, saying the U.S. needed "to make sure that individuals with mental illness do not touch a gun."

More details were emerging on what might have motivated 19-year-old Nikolas Cruz, who had been expelled from Marjory Stoneman Douglas High School last year, to use an AR-15 rifle he had owned legally to carry out the rampage.

Cruz, who will appear before a magistrate on 17 counts of premeditated murder later on Thursday, set off the school's fire alarm before entering the premises armed with a gas mask, smoke grenades and several magazines of ammunition.

Students speaking to local media described Cruz as a disturbed teenager with severe behavioral problems who talked about firearms and killing animals.

Local newspaper Sun Sentinel reported that the shooter had been living with a friend's family after his adoptive mother, Lynda Cruz, died of pneumonia in November. His father died of a heart attack several years ago, the newspaper said.

"So many signs that the Florida shooter was mentally disturbed, even expelled from school for bad and erratic behavior," Trump tweeted early Thursday. "Neighbors and classmates knew he was a big problem. Must always report such instances to authorities, again and again!"