US will strike if Assad uses chemical weapons on civilians: Trump security advisor 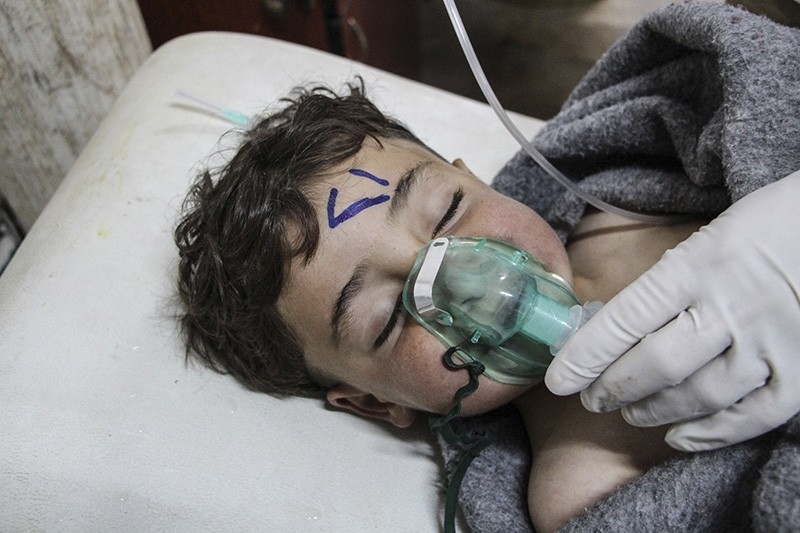 A Syrian child receives treatment after an alleged chemical attack at a field hospital in Saraqib, Idlib province, northern Syria, 04 April 2017. (EPA Photo)
by Feb 17, 2018 12:00 am

The United States will respond with military force if the regime of Bashar al-Assad continues to use chemical weapons in Syria, U.S. National Security Advisor HR McMaster said on Saturday.

"Public accounts and photos clearly show that Assad's chemical weapons use is continuing," McMaster told the Munich Security Conference. "It is time for all nations to hold the Syrian regime and its sponsors accountable for their actions."

He noted that the U.S. had responded in April 2017 to a Syrian chemical attack with a cruise missile strike on a Syrian air force base, but did not detail any concrete plans for further strikes.

Syria has recently rejected allegations regarding the use of chemical weapons in the civil war now entering its eighth year, charging that the U.S. was disseminating false news in response to the successes of regime forces.

According to activists and aid workers, Assad regime troops have repeatedly used chlorine gas in Idlib Governorate and in eastern Ghouta near Damascus since the beginning of the year.