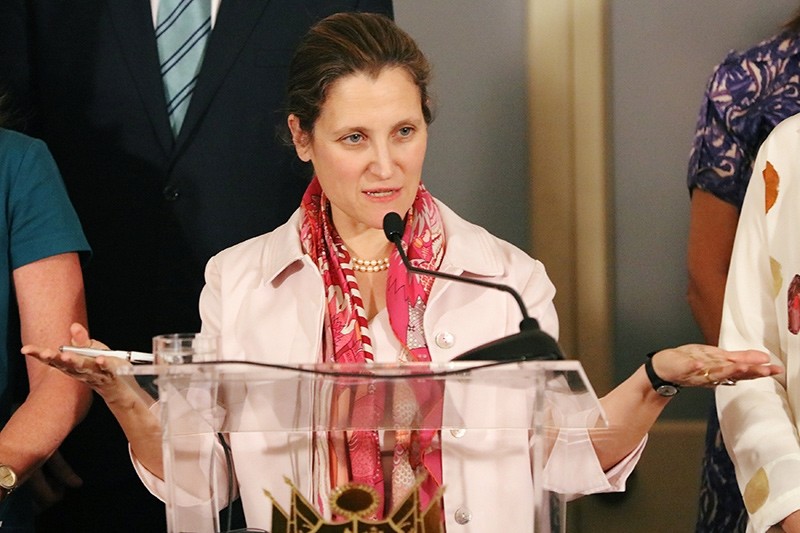 Canada, which takes in more African refugees from Israel than any other nation, has voiced concerns to the Jewish state over its planned mass deportation of African migrants, an official said Monday.

A spokesman for Foreign Affairs Minister Chrystia Freeland said Ottawa is "concerned" that Israel is working to expel thousands of Eritreans and Sudanese who entered illegally over the years, giving them an ultimatum: leave by April 1 or risk being imprisoned indefinitely.

As the migrants could face danger or imprisonment if returned to their homelands, Israel has also offered to relocate them to an unnamed third country.

The United Nations has condemned Israel's expulsion policy, which offers each migrant $3,500 and a plane ticket, as incoherent and unsafe.

"Canada does not support policies of mass deportations of asylum seekers," said Freeland's spokesman Adam Austen, adding that the expulsions would contravene migrants' rights under the Geneva Convention on the Status of Refugees, of which Israel is a signatory.

"As the country that resettles the highest number of African asylum seekers from Israel, we are in direct contact with the government of Israel to convey Canada's concerns about the situation."

"African asylum seekers lack access to basic social services," said a summary of the report, which warned also that migrants may be "pressed to accept compensation for 'voluntary' departure or detained indefinitely if they decline to leave."