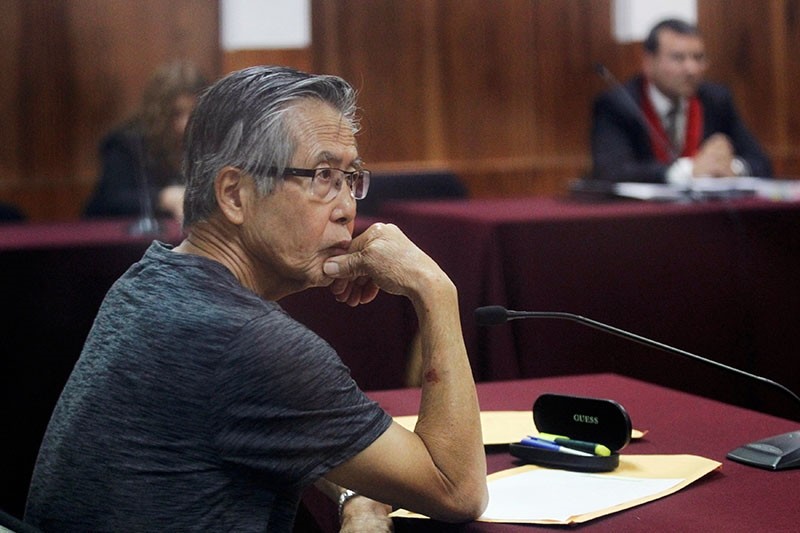 Peru's former President Alberto Fujimori sits in court during the sentencing in his trial on charges of embezzling state funds to manipulate the media during his tenure as president, in Lima, Peru January 8, 2015. (Reuters Photo)
by Associated Press Feb 20, 2018 12:00 am

A court in Peru has ruled that former strongman Alberto Fujimori can be tried in connection with a 1992 massacre despite his recent pardon from a 25-year jail sentence.

The decision Monday paves the way for Fujimori to stand trial again for crimes committed during his decade-long rule.

President Pedro Pablo Kuczynski pardoned Fujimori in December from a lengthy prison sentence for his role in the deaths of 25 Peruvians and sanctioning the use of military death squads.

The new case concerns a 1992 massacre in which six peasants were kidnapped, tortured and killed by a paramilitary group. Members of the group said they received orders from superiors.

Fujimori was at the top of that chain of command.