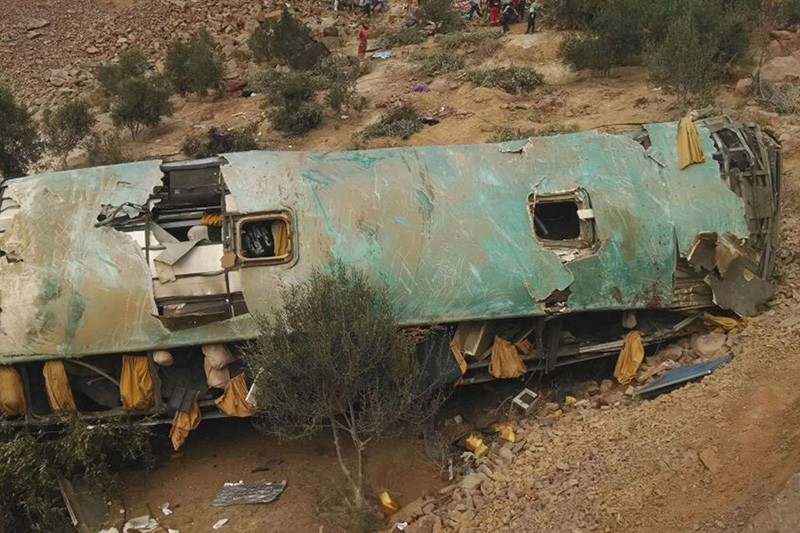 Police say at least 25 people were killed when their bus veered off a highway and tumbled 200 meters (about 650 feet) down a cliff in southern Peru.

Highway Police chief Dino Escudero tells RPP radio that 20 people also are injured. He says it's not clear how many people were on the bus.

Rescue teams "have been working since dawn, coordinating the transfer and care of the injured," Arequipa governor Yamila Osorio wrote on her Twitter account.

The injured were taken to hospital in the city of Camana.

It was the second major accident on Peru's roads this year. On Jan. 2, a bus crashed into a ravine in the country's central coastal area, leaving 52 dead.