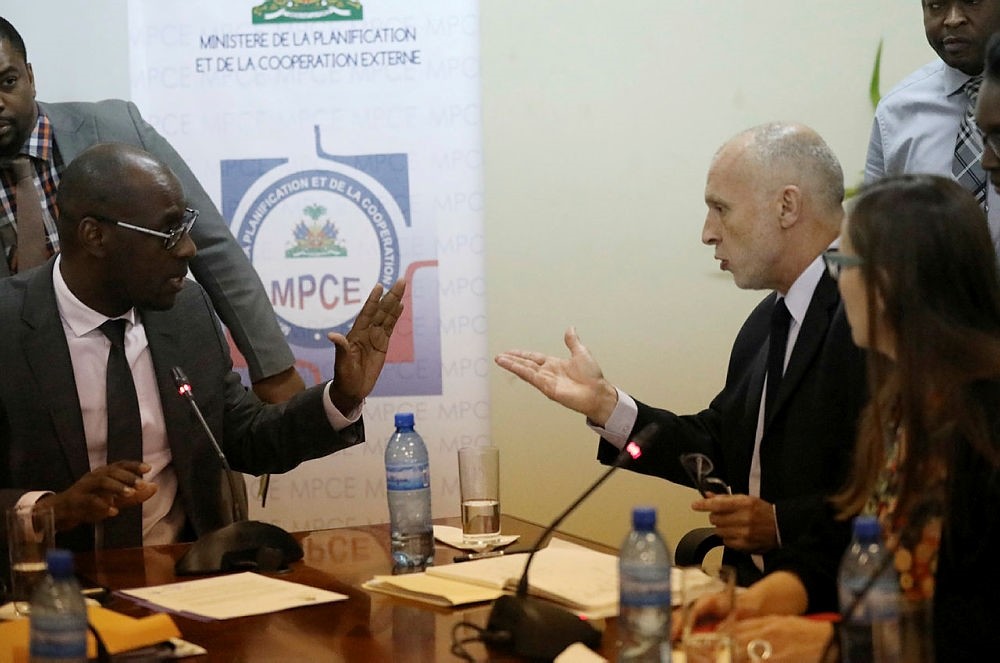 Haiti on Thursday suspended the operations of British charity Oxfam pending the outcome of its investigation into allegations that its staff sexually exploited Haitians after a devastating 2010 earthquake.

The country's ministry of planning and foreign aid said Oxfam GB had made a "serious error" by failing to inform Haitian authorities of the actions by their staff at the time they occurred.

"These reprehensible acts, alleged crimes, acknowledged by the perpetrators as well as the NGO, are a serious violation of the dignity of the Haitian people," a government statement said.

It said the charity was suspended for two months pending an internal Haitian investigation into the matter.

An investigation conducted by Oxfam a year after the earthquake had found that seven staff were accused of using prostitutes at an Oxfam-funded residence.

The 2011 report, disclosed on Monday, also found that three staff members had physically threatened a witness.

One official has acknowledged paying for prostitutes and the others were accused of harassment and intimidation.

A young Haitian woman told The Times newspaper she had had relations with the former Oxfam country director in Haiti, Roland Van Hauwermeiren, when she was 16 and he was 61.

Four staff were fired for gross misconduct and three others, including Van Hauwermeiren, were allowed to quit.

Oxfam formally apologized to the Haitian government on Monday for its handling of the scandal and for failing to report it promptly to local authorities.

"It was not for Oxfam to decide whether a crime had been committed... that was the wrong decision," Oxfam GB's chief executive Mark Goldring said Tuesday at a hearing before a British parliamentary committee.

The Haiti scandal has opened the charity to greater scrutiny, leading to 26 new cases of sexual misconduct, most involving its international operations.