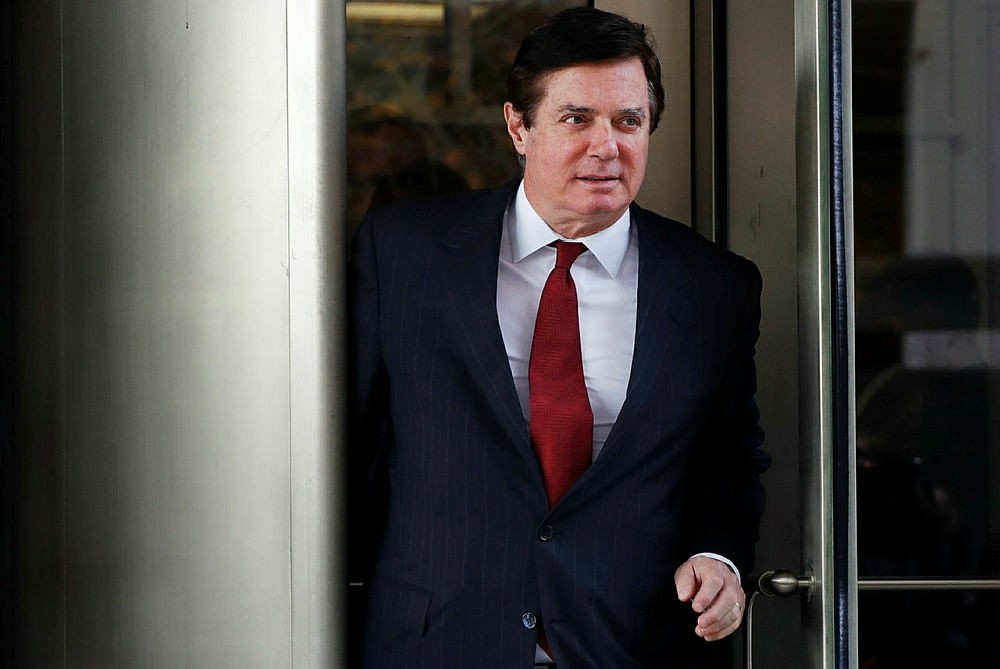 The filing adds allegations of tax evasion and bank fraud and potentially increases the amount of prison time Paul Manafort, who managed Trump's campaign for several months in 2016, and longtime associate Rick Gates could face if convicted at trial.

The two men were initially charged in a 12-count indictment last October that accused them of a multimillion-dollar money-laundering conspiracy tied to their foreign lobbying work. The additional charges involve much of the same conduct Manafort and Gates were initially charged with, but they increase the amount of money Manafort is accused of laundering through offshore accounts to $30 million.

The new indictment comes a week after Mueller filed charges against 13 Russians, accusing them of a vast conspiracy to undermine the U.S. presidential election. The charges against Manafort and Gates don't relate to any allegations of misconduct related to Trump's campaign.

In a document that accompanied the new indictment, prosecutors said they had filed the charges in Virginia, rather than Washington where the other case is pending, because the alleged conduct occurred there and one of the defendants objected to them being brought in Washington.