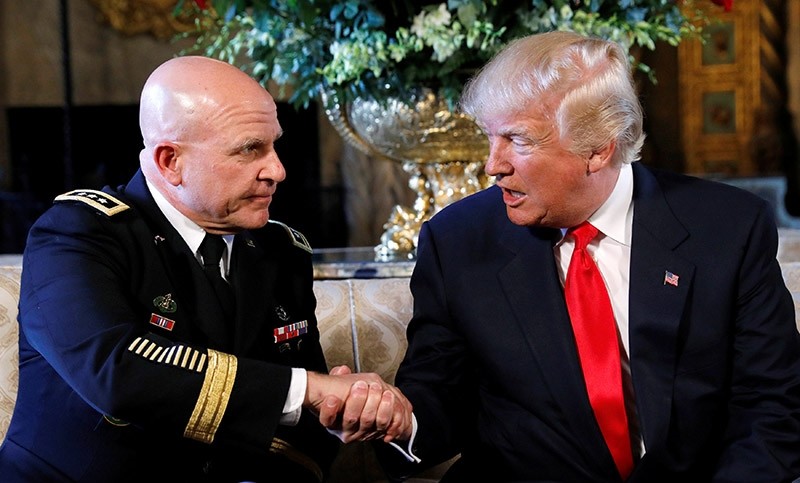 Trump told H.R. McMaster during an Oval Office meeting the story is "fake news", and told the Army general he is "doing a great job", National Security Council spokesman Michael Anton said in a statement, recounting the meeting between the president and his advisor.

A White House spokesman was less definitive on the report, casting doubt on it but not issuing a full denial.

"We frequently face rumor and innuendo about senior administration officials. There are no personnel announcements at this time," spokesman Raj Shah said.

NBC News reported McMaster is expected to be replaced as early as next month in a move arranged by Trump's chief of staff, John Kelly.

If McMaster does depart his post he will be one of a long line of senior officials to exit the administration amid a fractious environment between the president and some of his closest aides. He took the post after Michael Flynn was forced to resign amid revelations he lied to senior officials, including the vice president, about his contacts with Russian officials.

McMaster's tenure has been turbulent to say the least. Most recently, Trump publicly disputed his advisor's appraisal of Russia's interference in the 2016 election after McMaster called it "incontrovertible".

"General McMaster forgot to say that the results of the 2016 election were not impacted or changed by the Russians and that the only Collusion was between Russia and Crooked H, the DNC and the Dems. Remember the Dirty Dossier, Uranium, Speeches, Emails and the Podesta Company!" Trump exclaimed on Twitter in mid-February.

A possible replacement for McMaster is automotive executive Stephen Biegun, NBC reported citing five people familiar with the process. Biegun previously served on the National Security for two years from 2001-2003.

Biegun currently works at Ford Motor Company, and a spokesman told NBC "Steve has no plans to leave".