Gina Haspel: Once an intel officer who ran secret US torture prison, now 1st woman to run the CIA 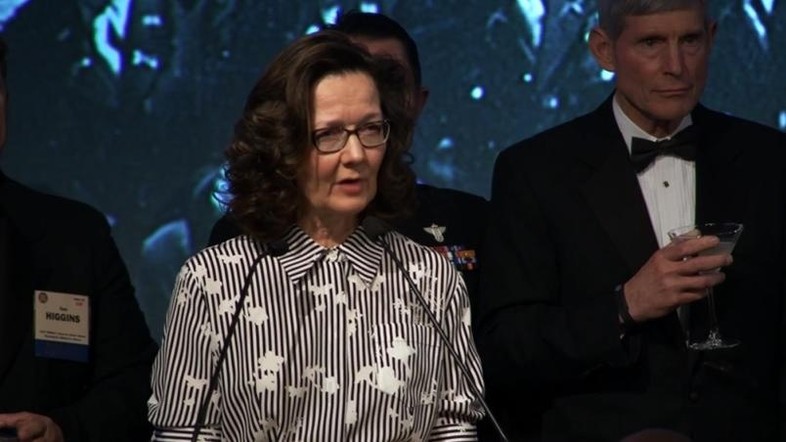 President Donald Trump's choice to be the first female director of the CIA is a career spymaster who once ran an agency prison in Thailand where terror suspects were subjected to a harsh interrogation technique that the president has supported.

Trump tweeted Tuesday that he would nominate CIA Director Mike Pompeo to replace Rex Tillerson as secretary of state and that he has selected Gina Haspel to replace Pompeo. Haspel, the current deputy CIA director, also helped carry out an order that the agency destroy its waterboarding videos. That order prompted a lengthy Justice Department investigation that ended without charges.

Haspel, who has extensive overseas experience, briefly ran a secret CIA prison where terror suspects Abu Zubayadah and Abd al Rahim al-Nashiri were waterboarded in 2002, according to current and former U.S. intelligence officials who spoke to The Associated Press on condition of anonymity.

More than a decade after waterboarding was last used, the CIA is still haunted by the legacy of a tactic that the U.S. government regarded as torture before President George W. Bush's administration authorized its use against terror suspects. There's no indication that Trump's pick signals a desire to restart the harsh interrogation and detention program.

When she was picked as deputy CIA director, her career was lauded by veteran intelligence officials, including former Director of National Intelligence James Clapper, who recently retired. But it also upset the American Civil Liberties Union and other rights advocates who found it unsettling that Trump would choose someone who was involved in the harsh interrogation program.

"No one who had a hand in torturing individuals deserves to ever hold public office again, let alone lead an agency," Human Rights First's Raha Wala said Tuesday. "To allow someone who had a direct hand in this illegal, immoral and counterproductive program is to willingly forget our nation's dark history with torture."

The newly nominated Secretary of State Mike Pompeo is no angel either.

His statements have been controversial and contradictory; he has voiced support for torture, but backtracked from his previous views during his confirmation hearing as CIA head, and he also wants to keep the prison at Guantanamo Bay, Cuba open.

In 2014, Pompeo criticized former President Barack Obama and his administration for closing "black sites," or secret U.S. prisons used to interrogate suspects overseas. In 2016, he defended the use of "enhanced interrogation techniques," or in other words torture, and said they were carried out "within the law, within the Constitution".

Pompeo also accused Obama of not taking "the war on radical Islamic terrorism seriously," a position closely aligned with that of Trump.

However, at his 2017 confirmation hearing before U.S. legislators, Pompeo said the CIA would "absolutely not" restart the agency's use of such harsh interrogation tactics. Yet in his written answers he stated that he would consult with the CIA and other government experts on whether such interrogation techniques may legally be used when necessary.