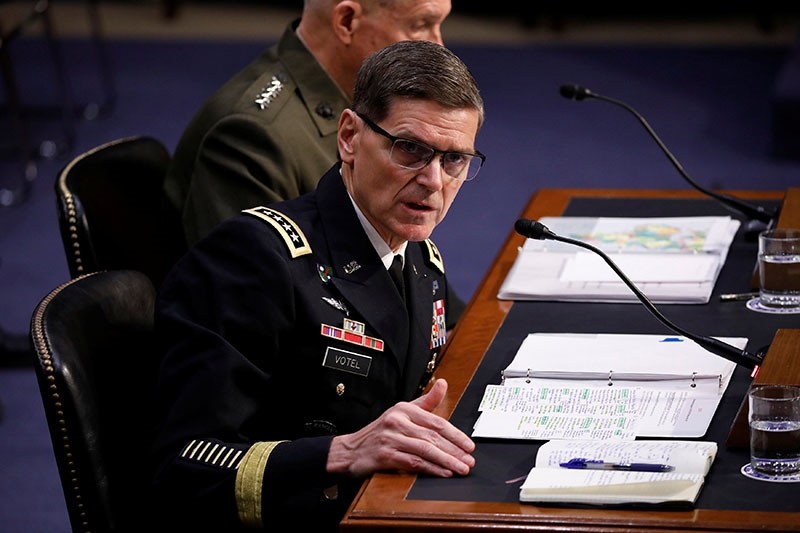 Russia is behind recent tensions between the U.S. and Turkey, with Moscow's role in Syria impacting relations between the two NATO allies, a high-ranking general said Tuesday.

Speaking during a Senate Armed Services Committee hearing, Gen. Joseph Votel said Russian support of Syria's Bashar al-Assad regime has not only propped it up but also increases the complexity of the anti-Daesh campaign as Moscow plays the role of both "arsonist and firefighter", fueling tensions among various parties in the region, including the U.S. and other coalition partners, and then serving as an arbiter to resolve disputes.

"So I am concerned about this role that Russia plays in northern Syria and how it impacts all of our relationships and especially relations between us and Turkey," he said.

Turkey has been "a key partner in the fight against ISIS (Daesh) here for a long period of time, and we do recognize they have legitimate concerns with security along their border from terrorism," he said.

Votel said Turkey's ongoing military operation in Syria has led to a "little bit of tension" between Washington and Ankara that the two sides are working through largely diplomatically but also militarily to overcome.

In response to a question about the U.S. stance on Syria's city of Afrin, Votel said the U.S. has not operated there and has no intention of doing so.

"The concern we have is that the activities up in Afrin are a distraction to our defeat-ISIS activities right now, and there has been an impact to that," he said, referring to Turkey's military operation to remove terror groups in Afrin.

The operation is being carried out under the framework of Turkey's rights based on international law, UN Security Council resolutions, its self-defense rights under the UN Charter and respect for Syria's territorial integrity, it said.

Turkish President Recep Tayyip Erdoğan said Tuesday that the Turkish-led operation in Afrin also exposed "the barbarous, cruel and killer face of the terrorist groups," which he said are using civilians as human shields and murdering children.