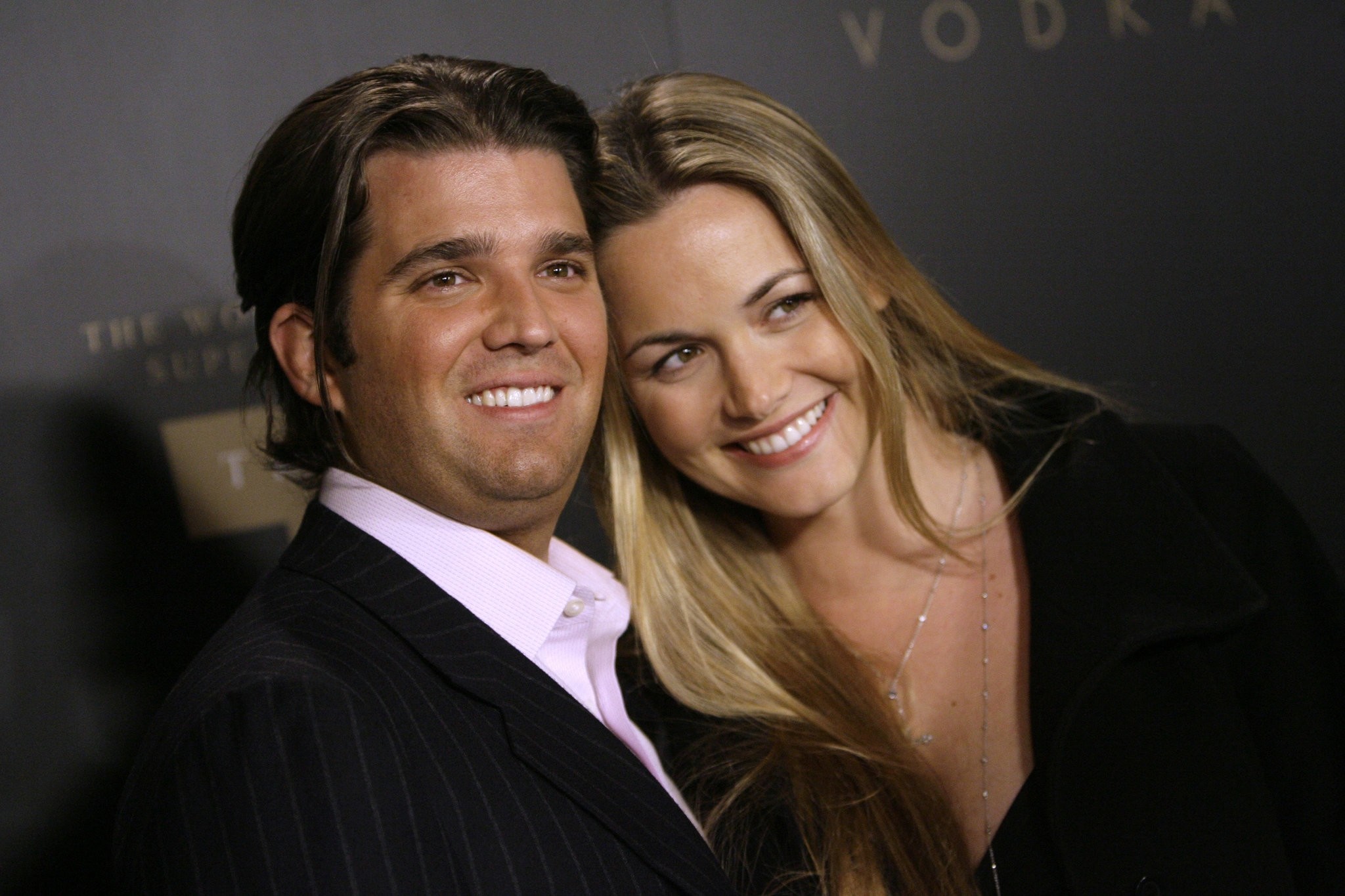 In a Jan. 17, 2007 file photo, Donald Trump Jr., left, and his wife Vanessa arrive for the Trump Vodka launch party by Drinks America hosted by Donald J. Trump at Les Deux in the Hollywood section of Los Angeles. (AP Photo)
by Associated Press Mar 16, 2018 12:00 am

Donald Trump Jr. and his wife, Vanessa Trump, may be getting divorced.

A public court record filed Thursday in New York says Vanessa Trump is seeking an uncontested divorce from the president's son. Details of the divorce complaint haven't been made public.

The couple married in 2005 and have five children.

The Trump Organization hasn't responded to an emailed request for comment.

Last month, Vanessa Trump opened a letter to her husband containing an unidentified white powder and was briefly hospitalized as a precaution, but the substance turned out to be nonhazardous. A Massachusetts man later was charged with sending the threatening letter.