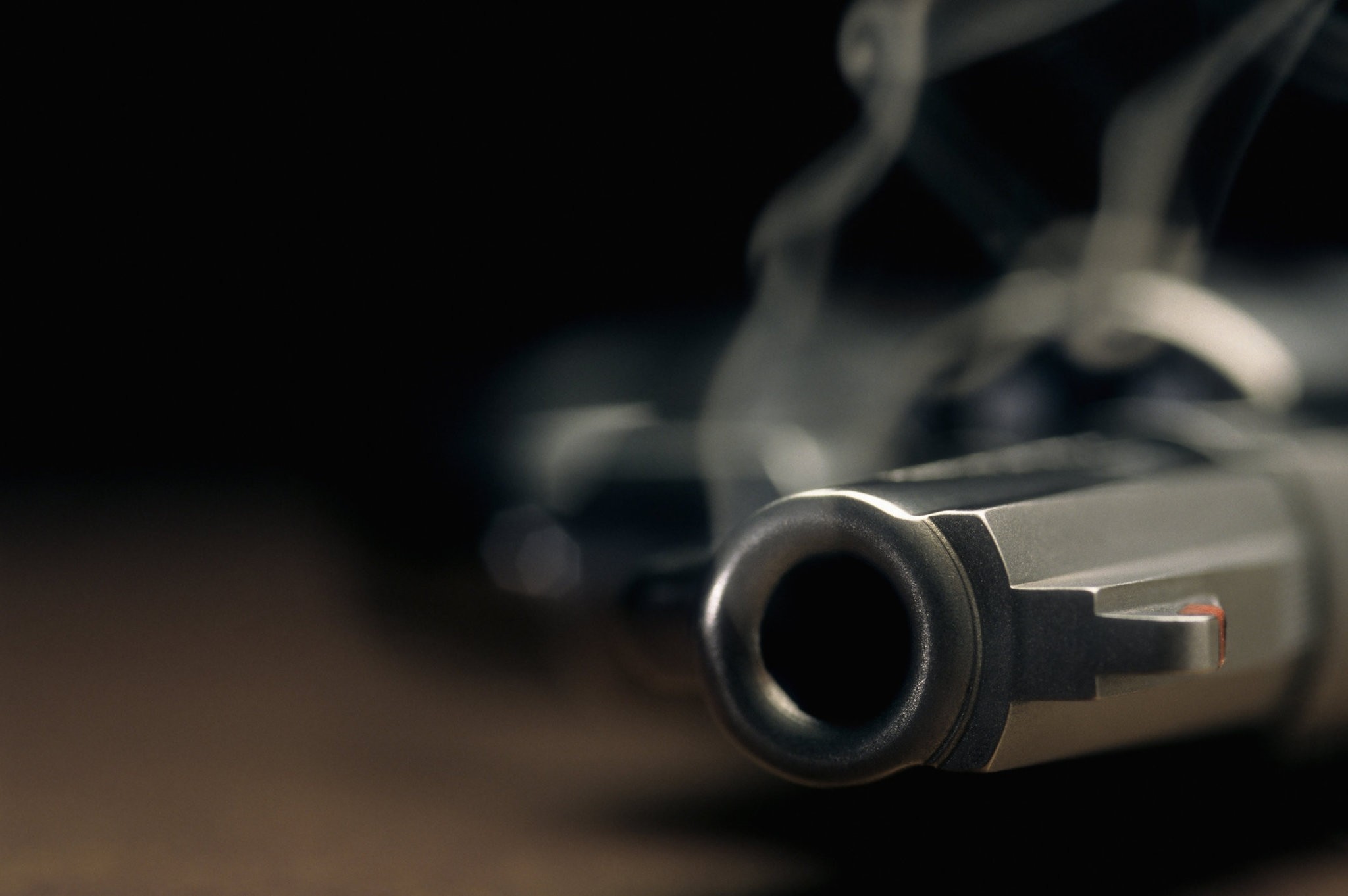 A gritty crime scene image of a smoking hand gun, revolver, lying on the floor with narrow focus on the tip of the barrel and dark background. (FILE Photo)
by Daily Sabah with AFP Mar 19, 2018 12:00 am

A 9-year-old Mississippi boy shot his 13-year-old sister to death after getting into an argument over a video game controller, officials said, as more people raise their voice against gun violence and urge U.S. authorities to take action for stricter gun control laws amid mass shootings at schools and other gun-related incidents.

The incident took place Saturday in Monroe County, Mississippi, when the boy retrieved a gun from his parents' bedroom while his mother was preparing lunch in the kitchen, according to the county sheriff.

The gun was reportedly stored in a nightstand in the bedroom, allowing the child to easily gain access to it and shoot his sister in the back of the head.

The girl refused to give up the controller, Monroe County Sheriff Cecil Cantrell said according to reports. The boy then opened fire, striking his sister in the back of the head.

The bullet pierced through girl's brain, and she was taken to Le Bonheur Children's Hospital in Memphis, Tennessee, in critical condition. She died Sunday.

An investigation was opened to determine how the young boy had access to a firearm and to what extent he was aware of the danger. The boy has not been charged by authorities yet, reports said.

Such accidents are not rare in the U.S., where the debate on gun control rages on. At least 40 children are shot by guns in the U.S. in 2017 and at least seven of these are killed in such incidents according to statistics.