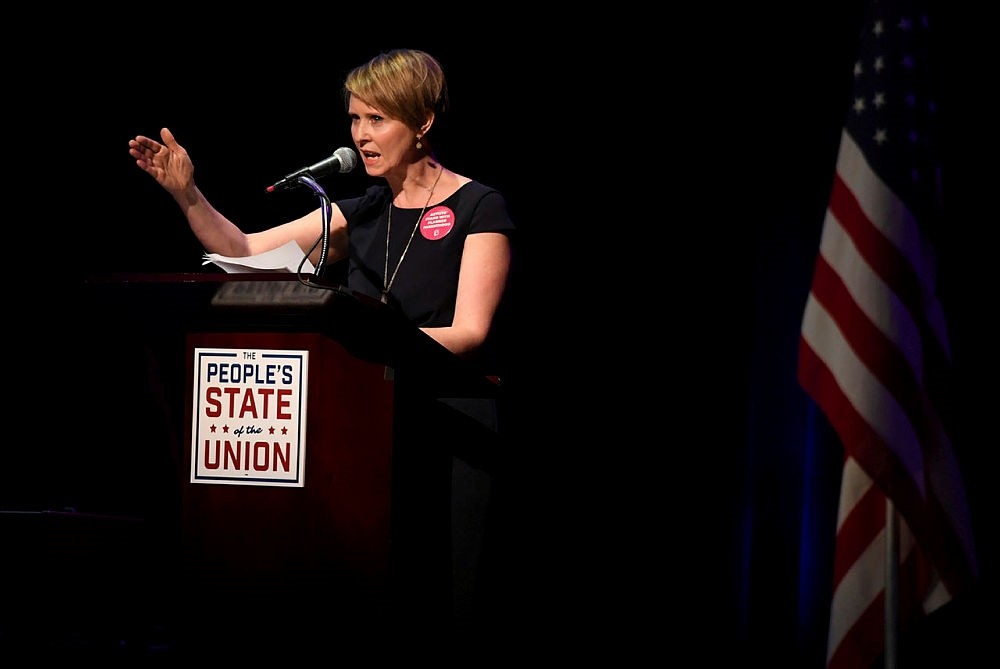 Actress and liberal activist Cynthia Nixon, one of the stars of the hit television series "Sex and the City," announced on Monday she would run for governor of New York, challenging incumbent Andrew Cuomo for the Democratic nomination.

"I love New York, and today I'm announcing my candidacy for governor," Nixon, 51, said on Twitter.

Her campaign sets up a battle for the Sept. 13 primary between a celebrity on the left of the Democratic Party and a moderate governor who is often mentioned as a possible presidential hopeful in 2020.

Cuomo, 60, the son of late New York Governor Mario Cuomo, is seeking his third term. The general election is Nov. 6. If successful in both the primary and general elections, Nixon would become New York's first female and first openly gay governor.

A statement by Nixon's campaign called her a progressive alternative to Cuomo, referring to the governor as a centrist whose aides were mired in legal trouble. It also made note of the state's role in operating New York City's antiquated and much-maligned subway system.

An accompanying video, which shows Nixon at home with her wife, Christine Marinoni, and their young son Max, also addresses income inequality.

"Our leaders are letting us down," Nixon says in the video. "We are the most unequal state in the entire country, with both incredible wealth and extreme poverty."

Nixon is aligned with New York City Mayor Bill de Blasio, a Democrat who is politically to the left of Cuomo. The two men have feuded over issues such as public transit and housing in the nation's largest city.

In an opinion poll by Siena College, Cuomo held a lead over Nixon of 66 percent to 19 percent, according to results released on Monday before Nixon's announcement. The poll, conducted March 11-16 by telephone, had a margin of error of plus or minus 4 percentage points. Word of a potential Nixon campaign was first reported by NY1 television on March 6.

Nixon could be banking on her celebrity to overcome an incumbent with long ties to the Democratic Party establishment.

In Cuomo's 2014 re-election, a primary challenger with little name recognition, Zephyr Teachout, won roughly 34 percent of the vote to Cuomo's 62 percent, leading to speculation Cuomo might be vulnerable to a challenge from a well-funded progressive.

Nixon starred in the HBO television series from 1998 to 2004 about four women in New York City, playing the part of attorney Miranda Hobbes. The show later led to two feature films. She is also a Tony Award-winning stage actress