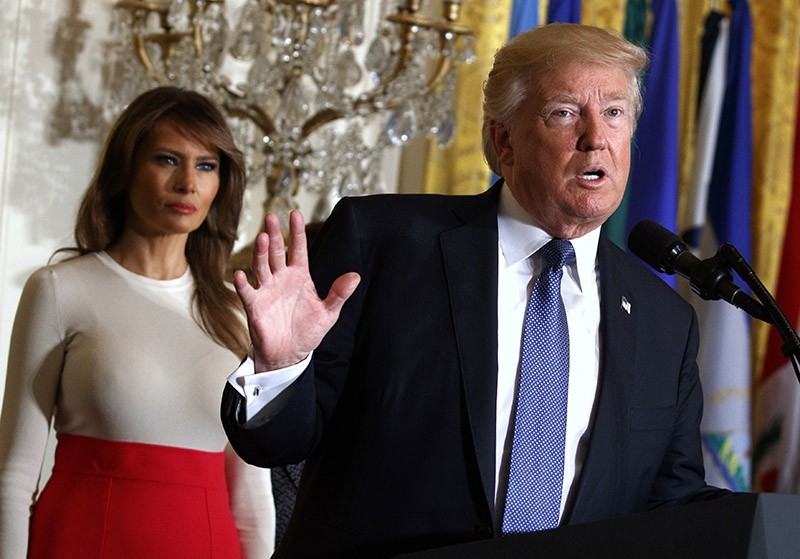 President Donald Trump speaks during an event at the White House in Washington, as first lady Melania Trump listens. (AP Photo)
by Associated Press Mar 19, 2018 12:00 am

President Donald Trump's plan to combat opioid drug addiction calls for stiffer penalties for drug traffickers, including the death penalty where it's appropriate under current law.

The president is scheduled to unveil his plan Monday in New Hampshire, a state hard-hit by the crisis. He'll be accompanied by first lady Melania Trump, who has shown an interest in the issue, particularly as it pertains to children.

Trump has mused openly in recent weeks about subjecting drug dealers to the "ultimate penalty."