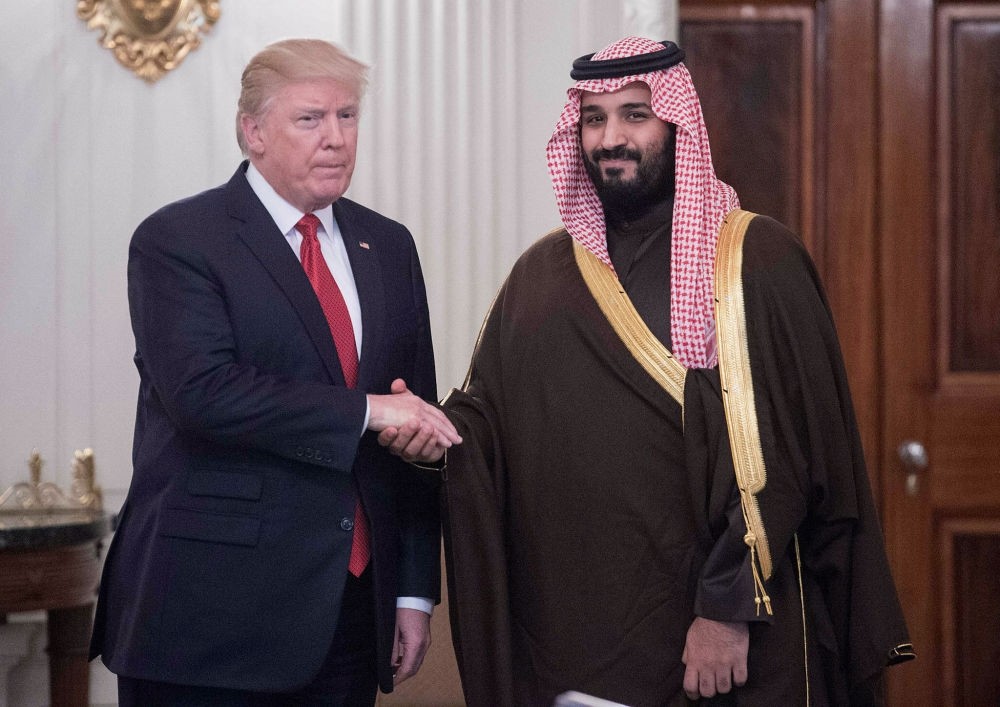 After consolidating his influence in Saudi Arabia, Mohammad bin Salman is making his first visit to the United States as crown prince to seek more investments from the Trump administration

The Saudi crown prince is making his first visit to Washington to shore up investments and political support from Riyadh's closest Western ally. Ten months after the last face-to-face meeting between Trump and Prince Mohammed bin Salman as deputy Crown Prince in Riyadh, the 71-year-old president and the 32-year-old strongman prince are expected to deepen an already warm and congenial relationship.

Several dozen Saudi chief executives have joined to tout investment opportunities in the kingdom, particularly in the areas of technology, entertainment and tourism, a Washington source said. Talks will also include a U.S. bid to build two nuclear reactors in Saudi Arabia and a civilian nuclear cooperation agreement needed for that to proceed, an industry source said. Ahead of his visit to Washington, the atomic policy, which limits nuclear activities to peaceful purposes, was approved by the cabinet last Tuesday. The atomic ambitions of the key U.S. ally and regional power are coming under scrutiny in Washington at a time of growing tensions between the U.S. and Iran over Tehran's nuclear program.

Riyadh wants to diversify its energy supply mix, enabling it to export more crude oil rather than burning it to generate electricity. But it has previously refused to sign any agreement that would deprive it of the possibility of one day enriching uranium.

Washington's political agenda will feature a new push to end the dispute between Arab allies of the United States that have isolated Qatar over alleged ties to terrorism, a senior U.S. official has said, according to Reuters.

The crown prince is also likely to reiterate to Washington that Saudi Arabia's view that its regional rival, Iran, should not be trusted over its nuclear program.

The hugely influential Saudi prince Salman visited Egypt, Britain and the United States as part of a long foreign trip, his first as crown prince. He has a close relationship with Trump and his son-in-law and aide Jared Kushner, who is seen as having given the green light for Prince Mohammed's rush to consolidate power in recent months. Critics have labeled the crown prince's campaign a shakedown and power grab, although authorities insist the purge targeted endemic corruption as the country prepares for a post-oil era.

The longstanding relationship between the United States and Saudi Arabia, its main Middle East ally, is founded largely on the exchange of American security for Saudi oil. The 9/11 attacks that killed almost 3,000 people in the United States tested U.S.-Saudi relations, as 15 of the 19 Al-Qaeda attackers were from Saudi Arabia. After a long period of stalled relations under former U.S. President Barack Obama, the U.S.-Saudi relationship has renewed itself with the Trump administration. Trump chose to Saudi Arabia on his first foreign trip after taking office, arriving in May 2017 to much fanfare and ceremony. The partners announced major contracts worth more than $380 billion, including $110 billion for the sale of American arms to Saudi Arabia, to counter what they see as a threat from Iran and radical militants.