US spending bill to put $380M toward election cybersecurity: sources 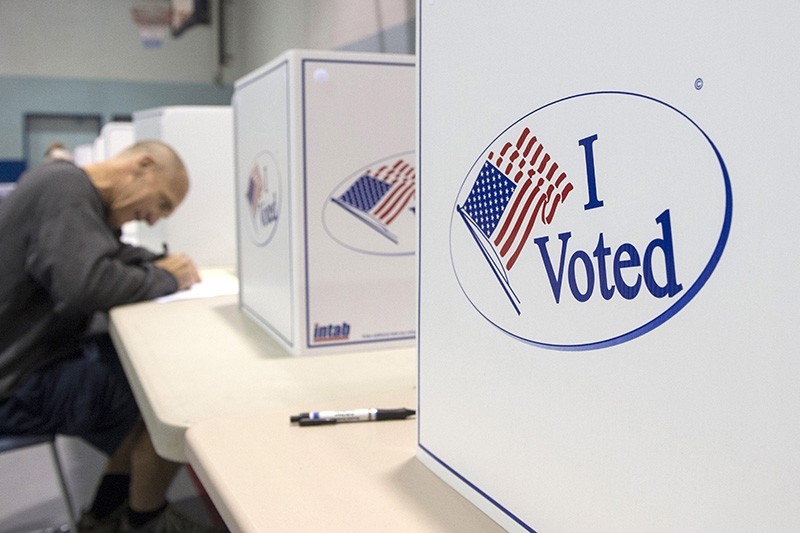 The spending package, expected to be publicly unveiled on Wednesday, includes $380 million to provide states with grants that would help them purchase more secure voting machines and improve election cybersecurity training.

If adopted, the funding will represent the first concrete steps from Congress to bolster election security following a 2016 presidential campaign marred by allegations of Russian meddling.

The spending bill also includes a $307 million increase over the Trump administration's request for the FBI's budget for counter-intelligence efforts to fight Russian cyber attacks this year, according to a summary of the bill seen by Reuters.

Americans vote in November in midterm elections, which U.S. intelligence officials have repeatedly warned in recent weeks could be targeted by Russia or others seeking to disrupt the process.

It was not immediately clear when the funding would be made available or if it would be delivered in time to make a difference for states ahead of the 2018 midterm elections.

Republican Senator Richard Burr said Wednesday the need for improved election security is "urgent" but that it may already be too late to make a difference for the 2020 presidential election.

The Department of Homeland Security said last year that 21 of the 50 states had experienced initial probing of their election systems from Russian hackers in 2016 and that a small number of networks were compromised. It said there is no evidence any votes were actually altered.

State election officials repeatedly have said more federal funding would help them better protect systems from hackers. Despite inaction from Congress, nearly all states have taken at least some steps.

Nearly all states have taken at least some steps to purchase more secure equipment, expand the use of paper ballots, improve cyber training or seek federal assistance, according to groups that track election security.