How will foreign policy hawk Bolton advise Trump? Just take a look at his tweets 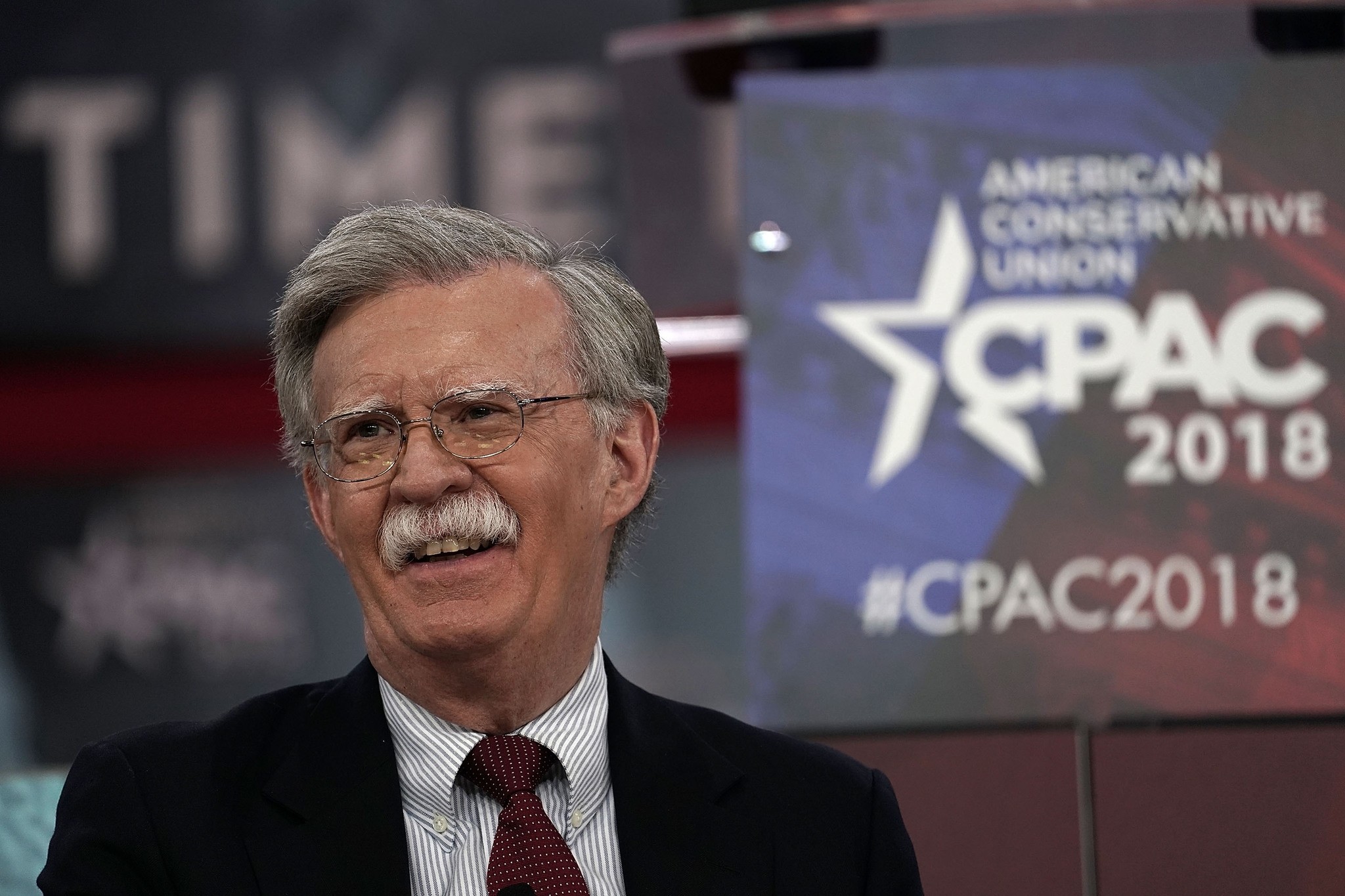 This file photo taken on February 22, 2018 shows former US Ambassador to the United Nations John Bolton speaking during CPAC 2018 in National Harbor, Maryland. (AFP Photo)
by Compiled from Wire Services Mar 23, 2018 12:00 am

Bolton, Trump's incoming national security adviser — and his third to date — is a divisive foreign policy figure who was an unabashed supporter of the Iraq war and advocates regime change in Iran.

John Bolton, who was named by President Donald Trump on Thursday as his new national security adviser, has a history of taking hardline positions on foreign policy .

Bolton is known as a colorful figure in Washington and an inveterate bureaucratic infighter. On his desk at the State Department during the administration of former Republican President George W. Bush, he kept a defused hand grenade.

His 2007 memoir is titled: "Surrender Is Not An Option." His favorite targets for criticism include Iran, North Korea, the United Nations, European governments and international treaties.

He has been an active presence on television and on Twitter. His recent tweets give some insight on what he will bring to Trump's White House.

In 2003, on the eve of six-nation talks over Pyongyang's nuclear program, he lambasted then-North Korean leader Kim Jong Il in a speech in Seoul, calling him a "tyrannical dictator." North Korea responded by calling Bolton "human scum."

"It's important to stand behind our South Korean allies, but if we pay heed to the lessons of history, talking to #NorthKorea would be fruitless." (Feb. 13)

"We have a very limited amount of time left before #NorthKorea gains deliverable nuclear weapons. We've got to look at the very unattractive choice of using military force to deny them that capability." (Jan. 11)

Judging by his Twitter feed, Bolton is more hawkish on Russia than his new boss, Trump.

While dismissing allegations that Trump's campaign colluded with the Kremlin, Bolton has been outspoken about alleged Russian meddling in the 2016 U.S. presidential election.

"There needs to be a strategic response to Russia's new nuclear missiles to show our allies in Europe that we will not let #Russia push the U.S. or its allies around." (March 2)

"The U.S must strengthen its allies in Central and Eastern Europe through #NATO and ensure that there are effective countermeasures to the cyber war that Russia is engaging." (Feb. 20)

"Washington and its allies do not need more #Russian adventurism in #MiddleEast, especially given the Moscow-Tehran-Damascus-Hezbollah axis." (Jan. 24)

Mark Dubowitz, chief executive of the Foundation for Defense of Democracies think tank, who advises the White House on Iran policy, said Bolton would support abrogating the Iran nuclear deal if Britain, France and Germany fail to meet Trump's demand for new limits on Tehran's program by mid-May.

"The #Irannucleardeal was a strategic mistake in 2015. This deal needs to be abrogated and America must craft a new reality that reflects the actions of the Iranian regime." (Jan. 29)

"If the Iranian opposition is prepared to take outside support, the US should provide it to them." (Jan. 5)

ON THE MIDDLE EAST

Bolton applauded Trump's plan to move the U.S. embassy in Israel to Jerusalem.

"The Middle East peace process has long needed clarity and an injection of reality, and Trump has provided it by making the decision to move the U.S. embassy in #Israel to #Jerusalem." (Dec. 14, 2017)

However, in a Fox News interview on Thursday evening, after news of his appointment broke, Bolton appeared to temper his often harsh rhetoric. "Frankly, what I have said in private now, is behind me, at least effective April 9," he said, referring to the date he is scheduled to take over from McMaster.