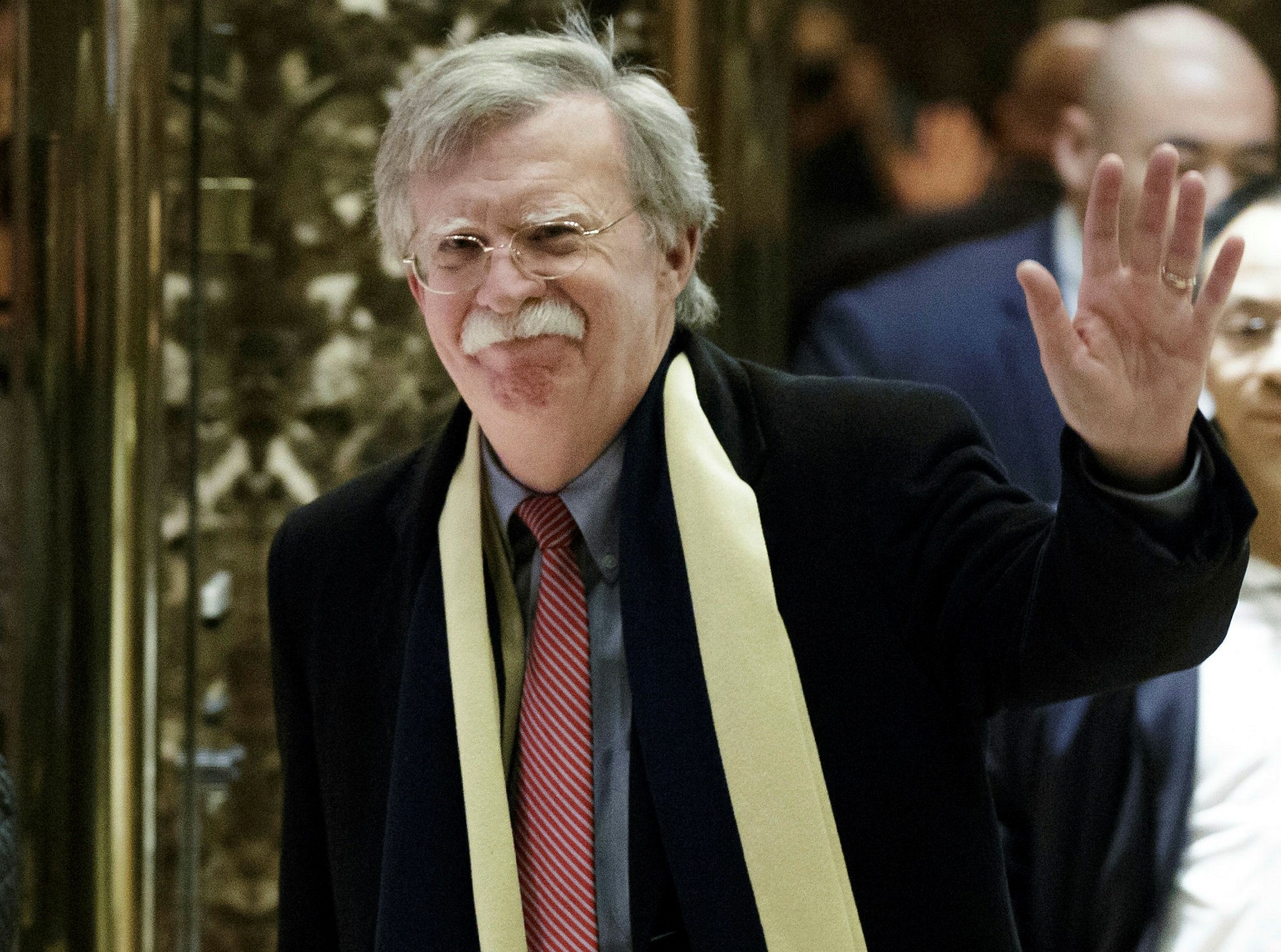 Former U.S. ambassador to the United Nations, John Bolton, was named by U.S. President Trump as his new national security adviser on March 22.
by Daily Sabah with Wires Mar 24, 2018 12:00 am

U.S. President Donald Trump's choice of John Bolton as national security adviser reflects an embrace of more hardline policies in the U.S., regarding his pronouncements, typically in the form of calls to bomb countries like Iran and North Korea.

Joining the president's new-look top team including the secretary of State Mike Pompeo and the CIA's spymaster Gina Haspel, his appointment raises questions over much more U.S. aggressive foreign policy for Iran, North Korea and the Israeli-Palestinian conflict.

Bolton is much more hawkish than McMaster when it comes to foreign policy. He is considered as another nail in the coffin of the Obama-era agreement between Iran and world powers to limit Tehran's nuclear ambitions, already cast into grave doubt by Trump himself.

More recently and specifically he seems to be in tune with the president when it comes to the deal, having said that "The Iran nuclear deal, in my opinion, was the worst act of appeasement in American history" in 2016.

Regarding the Middle East peace process, Bolton has undermined any of the remaining slender hopes of a "two-state solution" to the Israeli-Palestinian conflict emerging in the foreseeable future.

He has in recent months applauded Trump's plan to move the U.S. Embassy in Israel to Jerusalem. Naftali Bennett, a member of Prime Minister Benjamin Netanyahu's security cabinet, called Bolton "an extraordinary security expert, experienced diplomat and a stalwart friend of Israel."

Left-leaning Israeli news website Haaretz was less enthusiastic, quoting 2016 comments by Bolton that the idea of two states, Israel and Palestine, existing side by side had "been dead for a long time," according to Reuters. He instead argued for the Palestinian territories to be placed under Egyptian and Jordanian sovereignty.

His appointment raises questions over policy toward North Korea following Trump's acceptance of an offer for direct talks, possibly before May. Despite past statements on North Korea, President Trump has recently taken a much more diplomatic approach with Kim Jong-Un and has said that he even wants to meet him to discuss denuclearization; Bolton on the other hand supports the possibility of a pre-emptive military strike and dismissing direct negotiations that Beijing says are vital to jump-starting the denuclearization process.

On Russia he also holds a largely aggressive stance, unlike Secretary of Defense Jim Mattis. Bolton had said of Russia's announcement of new ICBM missiles that "there needs to be a strategic response to Russia's new nuclear missiles to show our allies in Europe that we will not let Russia push the U.S. or its allies around."

Bolton, probably the most divisive foreign policy expert ever to serve as U.N. ambassador, has been a force in Republican foreign policy circles for decades. He served in the Republican administrations of Ronald Reagan, George H.W. Bush and George W. Bush, and as a Bush lawyer during the 2000 Florida recount.

A strong supporter of the Iraq war and an advocate for aggressive use of American power, Bolton was unable to win Senate confirmation after his nomination to the U.N. post alienated many Democrats and even some Republicans. He resigned after serving 17 months as a Bush "recess appointment," which allowed him to hold the job on a temporary basis without Senate confirmation.