US keen to lead Saudi nuclear power amid tough competition 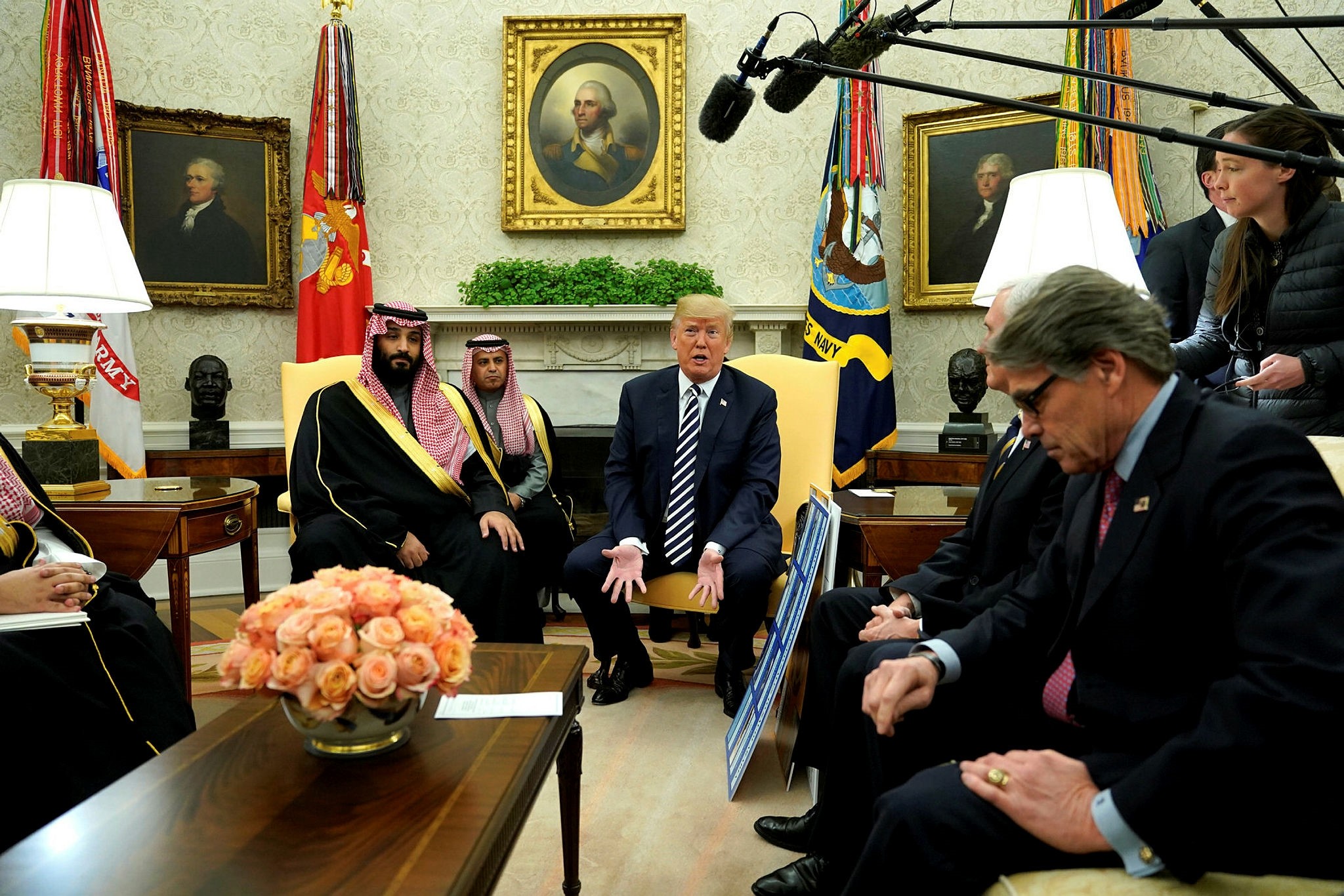 The Trump administration is moving quickly on a nuclear technology-sharing agreement with Saudi Arabia as the kingdom is also in talks to work with China and Russia, which the Pentagon designates as the main threats to the U.S.

The U.S. wants to work with Saudi Arabia on a civilian nuclear agreement that could allow the kingdom to enrich uranium and reprocess plutonium, U.S. Energy Secretary Rick Perry said, regarding growing ties between Saudi Arabia and the U.S.'s main rivals; China and Russia.

It should be the United States leading any nuclear technology energy projects in Saudi Arabia, instead of countries that have no requirement of nonproliferation, Perry said on Thursday, Anadolu Agency (AA) reported. "Our choices, at this particular point in time, it appears to me either Russia or China is going to be a partner in building civil nuclear capability in the kingdom of Saudi Arabia, or the United States," he said. "I'm very confident that the prior two have no requirements of nonproliferation," Perry told the Senate Armed Services Committee.

Perry has been quietly working with Saudi Arabia on a civilian nuclear agreement that could allow the kingdom to enrich uranium and reprocess plutonium, technologies that nonproliferation advocates worry could one day be covertly altered to produce fissile material for nuclear weapons. The kingdom is also in talks with companies from Russia, China, South Korea and other countries as the race to build two reactors in Saudi Arabia heats up.

Perry hopes Saudi Arabia will buy nuclear power technology from U.S. companies, including Westinghouse, which went into Chapter 11 bankruptcy this year and abandoned plans to build two advanced AP1000 reactors in the United States. But Saudi Crown Prince Mohammad Bin Salman raised concerns when he told CBS in an interview on Sunday that the kingdom will develop nuclear weapons if its archrival Iran does so.

Some members of U.S. Congress worry President Donald Trump's administration is moving too quickly on a deal that could relax nonproliferation standards and one day help lead to a nuclear arms race across the Middle East.

Saudi Arabia has international partners it can work with if the United States walks away from a potential deal on nuclear power technology over concerns of nuclear proliferation, Khalid al-Falih, the kingdom's energy minister, said in an interview on Thursday.

"If the U.S. is not with us, they will lose the opportunity to influence the program in a positive way," Falih said after meeting this week with U.S. President Donald Trump, Secretary of Energy Rick Perry and other officials on a range of issues, Reuters reported.

If Saudi Arabia signs a deal that relaxes safeguards, the United Arab Emirates (UAE) could be free to break its own deal it signed with Washington years ago and enrich uranium. The UAE deal contained the gold standard in such 123 nuclear agreements, because it contains safeguards.

On Wednesday, lawmakers from both parties in the U.S. House introduced a bill that would reform U.S. law to ensure that partners on nuclear energy abandon the pursuit of enriching uranium and reprocessing plutonium. The bill would also harden congressional approval of civilian nuclear deals.

Falih said he is hopeful for a deal with Washington. "It will be natural for the United States to be with us and to provide us not only with technology, but to help us with the fuel cycle and the monitoring, and make sure we do it to the highest standard."

But Saudi Arabia has generous uranium resources it wants to develop. "It's not natural for us to bring enriched uranium from a foreign country to fuel our reactors," Falih said.

"The irony is that if the U.S. chooses not to [seal a deal] then somebody else will and we are fortunate to have many other alternative sources that have agreed to work with us and they will be competing for our program." In that case, "the U.S. will not have a seat at the table."