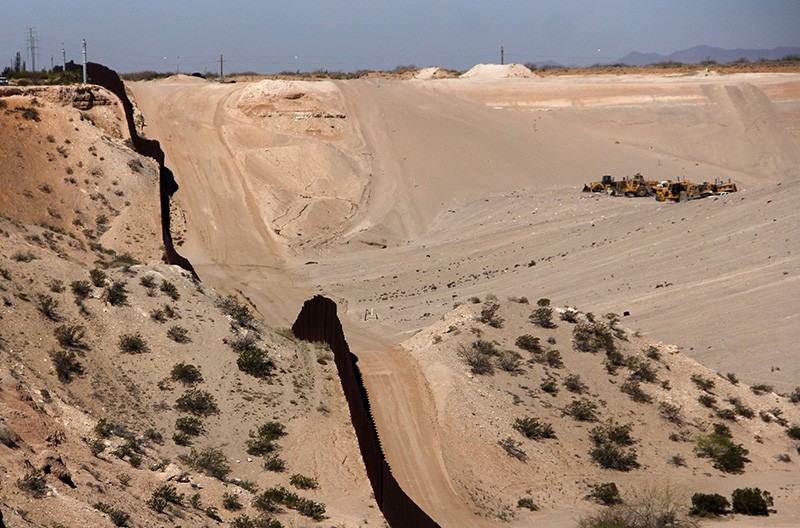 U.S. President Donald Trump said Thursday he wants to send 2,000 to 4,000 troops to the border with Mexico, giving a first indication of the size of the surprise deployment.

Trump said the National Guard deployment would range "anywhere from 2,000 to 4,000," and he would "probably keep" personnel there until his border wall is built "or a large portion of them."

That could spell a long deployment, with costs that Trump admitted the White House was still "looking at."

Both Republicans and Democrats in Congress have balked at taxpayers funding the wall project. They have provided less than a tenth of the $18 billion Trump requested.

But the president has claimed that the flow of migrants over the border is a national security threat that needs to be addressed.

If 4,000 troops were deployed, that would be more than the United States currently has in Syria and about half as many as the number of U.S. troops in Iraq.

The U.S. National Guard has previously been deployed to help patrol the southern border, in 2010 under former president Barack Obama, and from 2006-2008 under George W. Bush.

Both deployments were limited to around a year.

Trump has been praised by Republicans for the decision, but Democrats described it as "rash and politically motivated."