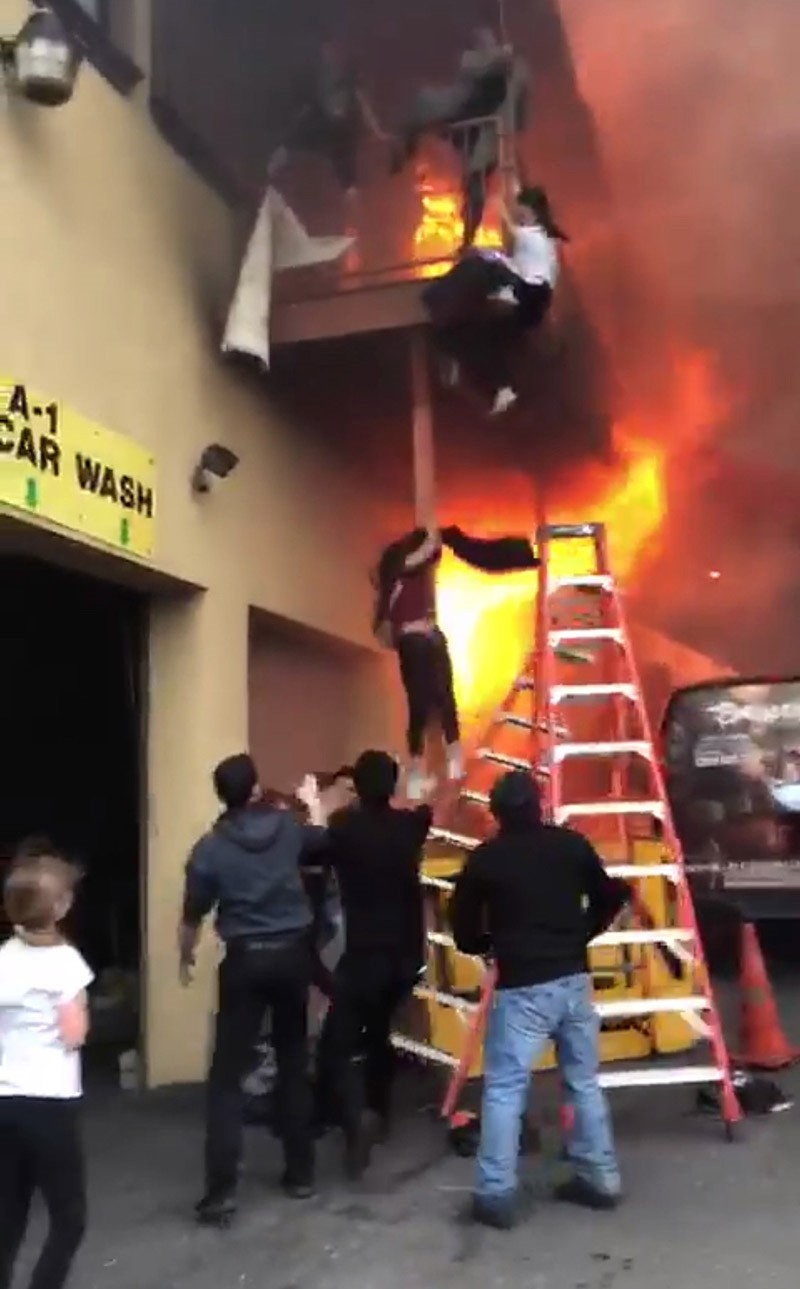 A fire broke out at a Turkish restaurant in the U.S. state of New Jersey on Monday evening, engulfing a dance studio on the second floor and other nearby businesses.

The fire reportedly started in Beyoğlu Cafe, a Turkish hookah lounge in the city of Edgewater.

The blaze soon tore through the floor of the dance studio above, where girls were practicing. Several girls leaped from the balcony of the building, as onlookers rushed with ladders to assist in their rescue.

No one was seriously injured, though about a dozen girls suffered minor injuries while escaping, according to City Mayor Michael McPartland. Five people were reportedly taken to the hospital.

A video from the incident shows flames engulf the building as the girls are jumping and being rescued with ladders from the balcony.

"The flames were spreading so fast," said Tony Nehmi, a nearby business owner who was first to the scene. "I only had a couple of seconds to save [the girls], there was no time."

Fire crews were able to bring the blaze under control by 9:45 p.m. The cause of the fire was not immediately known.