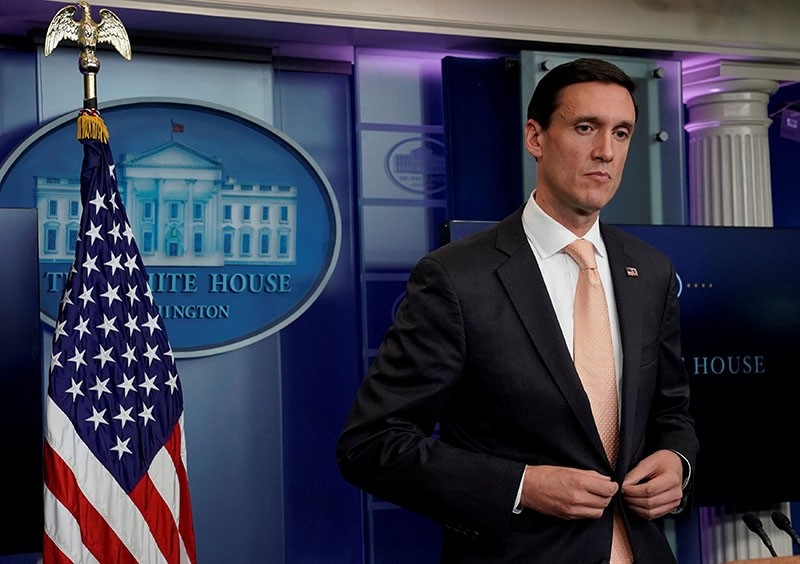 White House Homeland Security Advisor Tom Bossert speaks about the situation in Texas, after Hurricane Harvey, during a news briefing at the White House in Washington, U.S., Aug. 31, 2017. (Reuters Photo)
by Compiled from Wire Services Apr 10, 2018 12:00 am

"The president is grateful for Tom's commitment to the safety and security of our great country. Tom led the White House's efforts to protect the homeland from terrorist threats, strengthen our cyber defenses, and respond to an unprecedented series of natural disasters," said White House press secretary Sarah Sanders.

Bossert was a point person in the White House on protecting the nation from terror and cyber threats. He also helped spearhead the administration's response to last year's hurricanes in Texas, Florida and Puerto Rico.

His polished appearance and articulate TV style had made him a Trump favorite.

As recently as last weekend, Bossert had represented the administration on television to talk about the the White House response to an alleged chemical weapons attack in Syria.

His exit is the latest in a wave of departures from the West Wing in recent months.

The announcement came a day after John Bolton took over as Trump's fourth national security advisor.