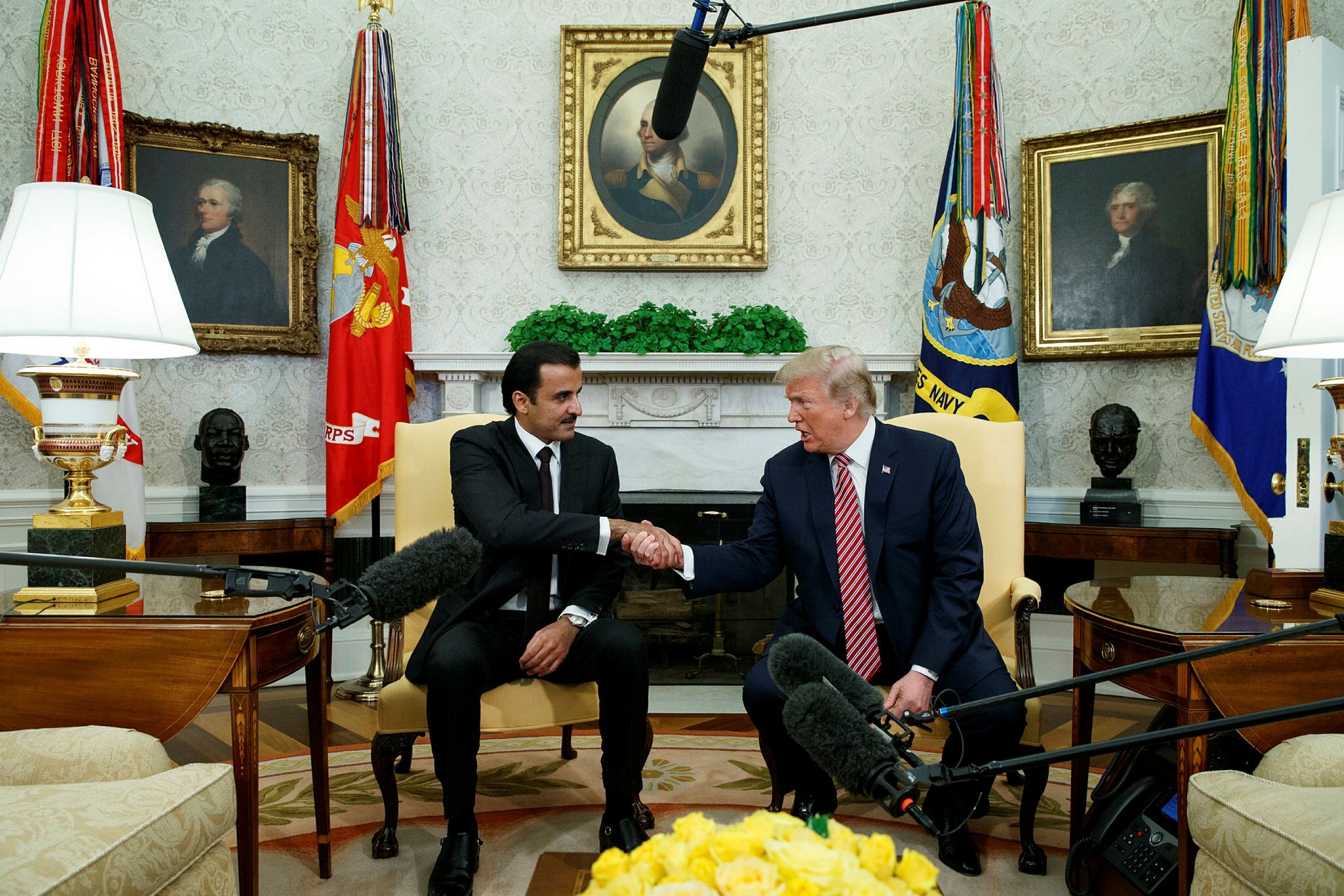 U.S. President Donald Trump said on Tuesday that his ties with Qatar were working "extremely well" as he welcomed Qatari Emir Sheikh Tamim bin Hamad Al-Thani to the White House for bilateral talks.

Al-Thani told reporters the region could not tolerate "a war criminal" like Syria's Bashar al-Assad and he said the region cannot accept people who support terrorism.

The two leaders spoke as the U.S. prepares to respond to a suspected chemical weapons attack in Douma, Syria.

Less than a year ago, Trump stood in the Rose Garden and accused the gas-rich nation of historically funding terror at a "high level," as he broke with his secretary of state by siding against Qatar in its row with Saudi Arabia, the United Arab Emirates and other neighbors. Since then, Qatar has mounted an aggressive and well-funded campaign to rehabilitate its image in the U.S. and prove it's a reliable American partner.

"You've now become a very big advocate, and we appreciate it," Trump told Al-Thani. "A lot of countries were funding terrorism and we're stopping it. It's getting stopped and fast — very important."

The emir, seated next to Trump in the Oval Office, was even less equivocal as he described essentially a zero-tolerance policy. He repeated the point several times as reporters and cameras were allowed in briefly for the start of their meeting.

"I want to make something very clear, Mr. President," the Qatari emir said. "We do not and we will not tolerate with people who fund terrorism. We've been cooperating with the United States of America to stop funding terrorism around the region."

When the Persian Gulf crisis erupted last summer, Trump was initially sympathetic to concerns voiced by Saudi Arabia, the UAE, Bahrain and Egypt who accused Qatar of spreading extremism, fomenting opposition in the region and cozying up to Iran. Qatar has vehemently denied all those charges, and then-Secretary of State Rex Tillerson urged the president to adopt a more neutral stance in the crisis. Trump came out swinging against Qatar anyway, as his administration pursued closer ties with the Saudis and a ramped up its critiques of Iran.