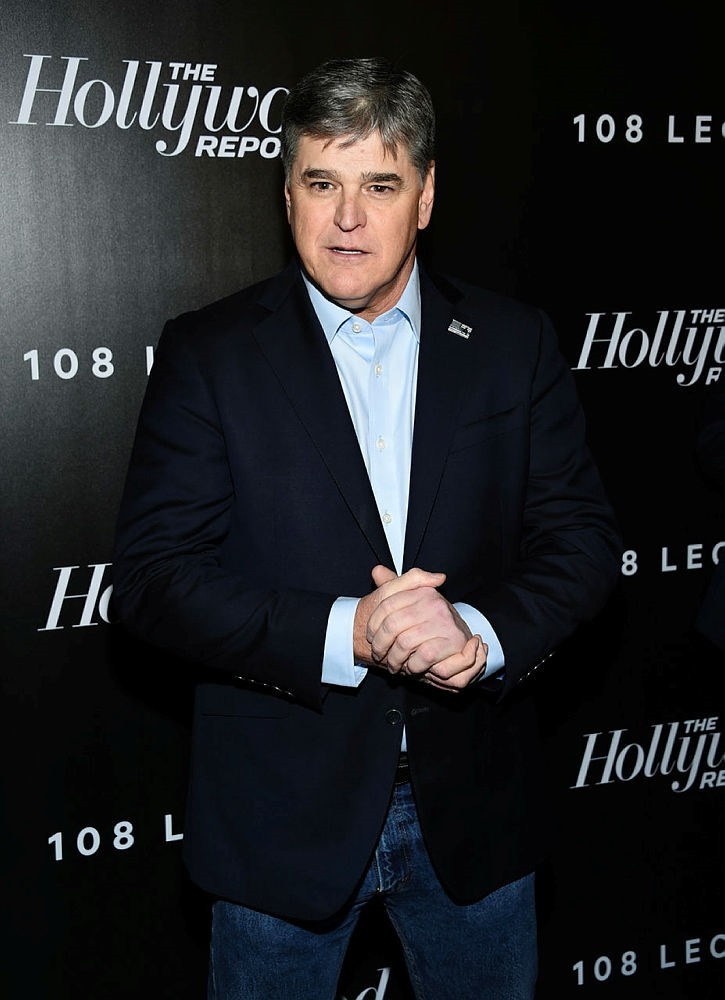 A legal fight over what should happen to records the FBI seized from U.S. President Donald Trump's personal attorney took a surprise twist Monday when the lawyer, Michael Cohen, was forced to reveal in court that he had also secretly done legal work for Fox News host Sean Hannity.

The disclosure came as Cohen's attorneys tried to persuade a federal judge in New York to delay prosecutors from examining records and electronic devices seized in the raids on the grounds that many of them are protected by attorney-client privilege.

U.S. District Judge Kimba Wood said in hearings Friday and again on Monday that if Cohen wanted the court to declare that the some of his files were protected because of attorney confidentiality rules, he would have to divulge the names of his clients.

One was Trump himself. Another was Elliot Broidy, a Trump fundraiser who resigned from the Republican National Committee on Friday after it was revealed that he paid $1.6 million to a Playboy Playmate with whom he had an extramarital affair. The Playmate became pregnant and elected to have an abortion.

But they initially declined to reveal the name of the third client.

The third legal client directed Mr. Cohen not to reveal the identity publicly, Cohen's lawyers, Todd Harrison and Stephen Ryan, wrote. "It almost goes without saying, unfortunately, that none of Mr. Cohen's clients want to be associated with the government raid on his home and law office, or want to be affiliated in any way with the proceedings here and the attendant media coverage."

Wood, though, demanded the name.

"I understand he doesn't want his name out there, but that's not enough under the law," she said.

An email sent to Fox News seeking comment from Hannity was not immediately returned.

The hearing was ongoing Monday afternoon.

The April 9 raid on Cohen sought information on a variety of matters, including a $130,000 payment made to Daniels, who alleges she had sex with a married Trump in 2006.

At issue is exactly who gets to look at Cohen's seized documents and devices before they are turned over to prosecutors. Attorneys for Cohen say they want first crack. Trump's lawyers say they also want some form of prior review. Another option is to set up a "special master" who will vet the material to determine what is protected and what isn't; that is the Cohen team's second choice.

Prosecutors, who say they raided Cohen's office, home and hotel room as part of an undisclosed crime related to his personal business dealings, prefer the ordinary procedure of reviewing the documents with a panel of prosecutors unrelated to the investigation — a so-called "taint team."

Lawyers for Cohen filed papers Monday saying investigators "took everything" during the raids, including more than a dozen electronic devices. They said that prosecutors had already intercepted emails from Cohen and executed the search warrants only after discovering that there were no emails between Trump and Cohen.

One of Trump's lawyers, Joanna Hendon, filed papers late Sunday asking a federal judge to block prosecutors from studying material seized in the raid until Cohen and the president have both had a chance to review those materials and argue which are subject to attorney-client privilege.

"Fairness and justice — as well as the appearance of fairness and justice — require that, before they are turned over to the Investigative Team, the seized materials relating to the President must be reviewed by the only person who is truly motivated to ensure that the privilege is properly invoked and applied: the privilege-holder himself, the President," Hendon wrote.

Hendon proposed yet another level of protections, in which Cohen's lawyers, after finishing their initial review, would then be required to "identify to the president all seized materials that relate to him in any way and provide a copy of those materials to him and his counsel."

Cohen, who has denied wrongdoing, arrived early Monday afternoon. He did not attend Friday's hearing and was then ordered by the judge to appear in court Monday to help answer questions about his law practice.

Trump said Sunday that all lawyers are now "deflated and concerned" by the FBI raid on Cohen.

"Attorney Client privilege is now a thing of the past," he tweeted. "I have many (too many!) lawyers and they are probably wondering when their offices, and even homes, are going to be raided with everything, including their phones and computers, taken. All lawyers are deflated and concerned!"