War of words between Trump, Comey escalates over moral assault 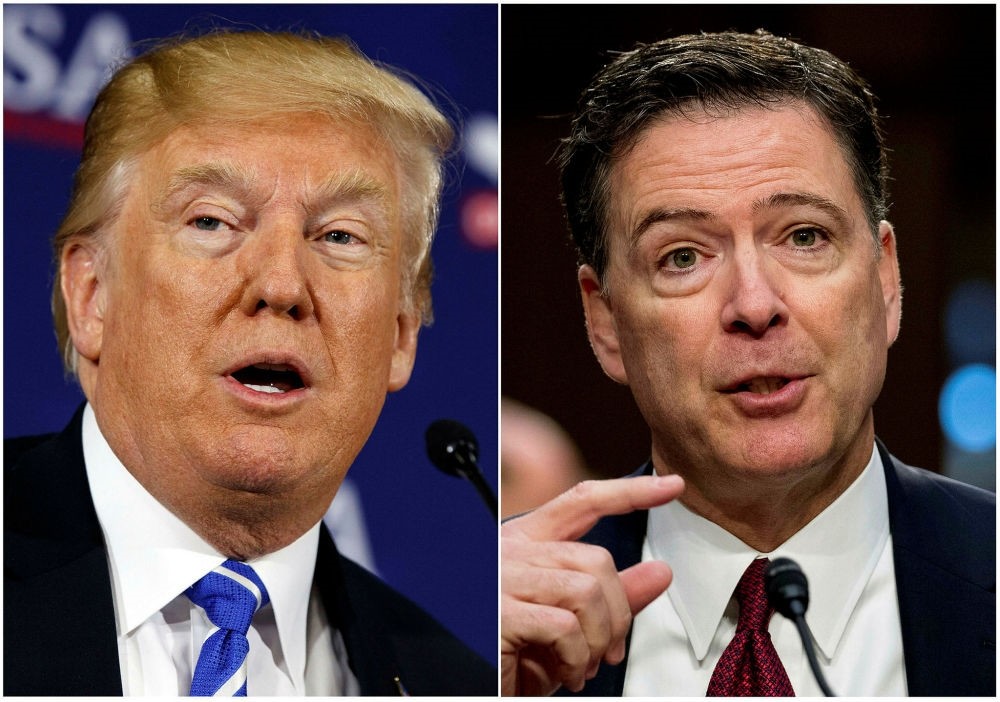 The war of words between President Donald Trump and former FBI Director James B. Comey has taken a dramatic turn.
by Compiled from Wire Services Apr 17, 2018 12:00 am

Fired former FBI chief James Comey lashed out at Donald Trump in an interview with ABC broadcast Sunday, calling him "morally unfit" to be president and describing him as a serial liar who will "stain everyone around him."

Comey's comments in an ABC News interview that aired Sunday were almost certain to escalate his war of words with the president and further erode a relationship marked by open hostility and name-calling. Hours before the interview aired, the president, who fired Comey last year, unleashed a Twitter outburst that labeled Comey "slippery," suggested he should be put in jail and branded him "the WORST FBI Director in history, by far!"

The wide-ranging interview with ABC News also came ahead of Tuesday's release of Comey's memoir, "A Higher Loyalty: Truth, Lies and Leadership," in which he details his interactions with the Republican president.

"I think he's morally unfit to be president," Comey said, in his first televised interview since being fired in May last year, Agence France-Presse (AFP) reported.

The former federal prosecutor pointed to how Trump "talks about and treats women like they're pieces of meat" and "lies constantly about matters big and small and insists the American people believe it." "Values matter," Comey said. "This president does not reflect the values of this country."

Comey also said that serving in Trump's administration poses a serious ethical dilemma. "The challenge of this president is that he will stain everyone around him," he told ABC, which aired an edited version of the interview but published a full transcript. "And the question is, how much stain is too much stain and how much stain eventually makes you unable to accomplish your goal of protecting the country and serving the country?"

The FBI director, who until his firing last May led an investigation into possible ties between Russia and the Trump campaign, acknowledged that it was "stunning" to think that Russia could have damaging information about an American president. But he said that in Trump's case, he could not discount the possibility that the president had been compromised.

"These are more words I never thought I'd utter about a president of the United States, but it's possible," Comey told ABC News' chief anchor George Stephanopoulos, as reported by AP.

He also answered "possibly" when asked if the president was attempting to obstruct justice when he cleared the Oval Office of other officials last February before encouraging him to close the investigation into Flynn, who by that point was suspected of lying to the FBI about his Russian contacts. The retired general pleaded guilty last December and is now cooperating with Mueller's investigation.

Comey, fired by Trump in May last year, was worried the president may be open to blackmail by Russia given claims he was pr

esent when prostitutes urinated on each other during a 2013 Moscow visit. Comey's firing came as the FBI was probing possible connections between Trump's 2016 presidential campaign and Russia's meddling in the U.S. election. Russia has denied interfering in the election and Trump has denied any collusion or improper activity.