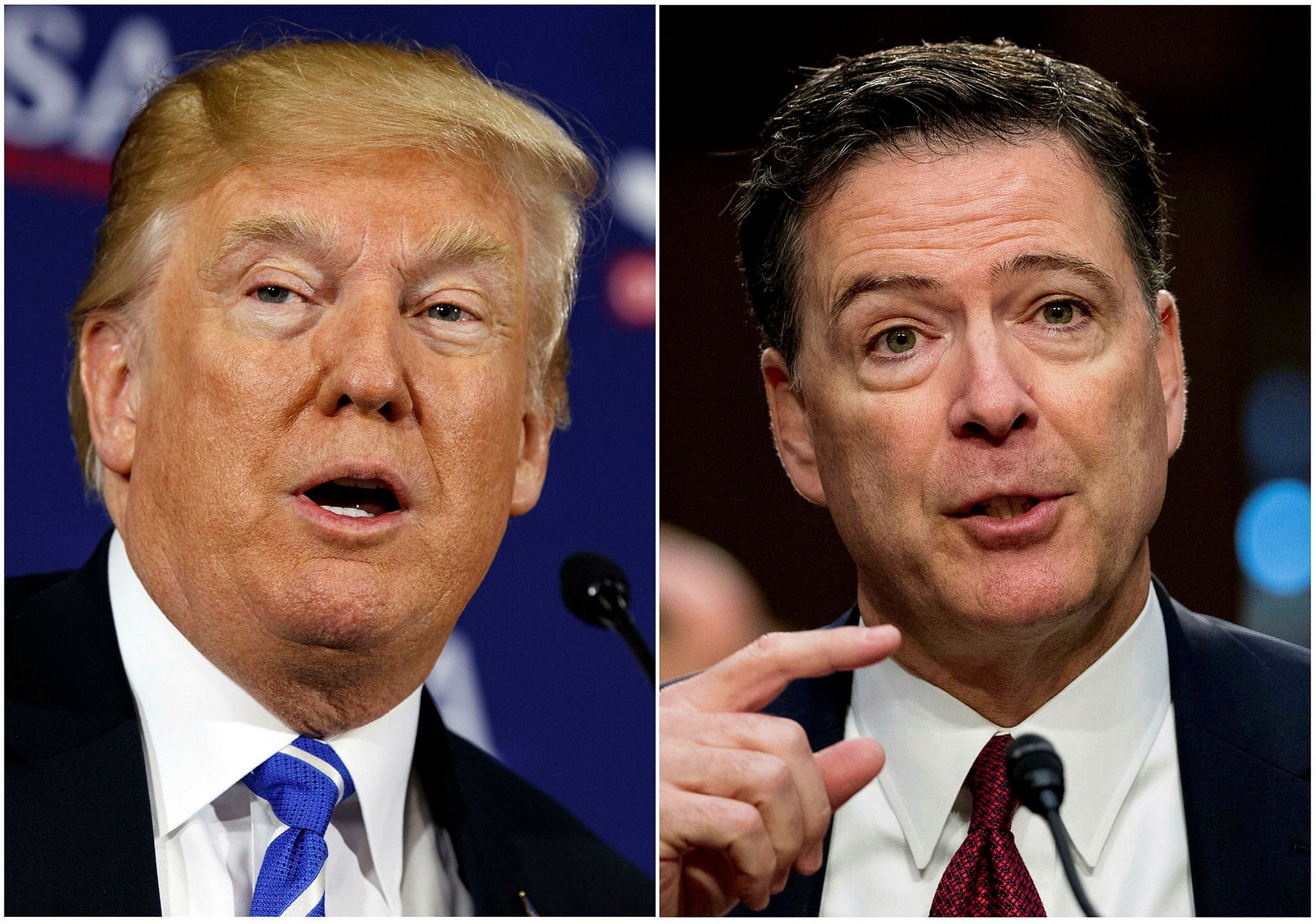 U.S. President Donald Trump on Wednesday said he did not fire James Comey "because of the phony Russia investigation," contradicting his 2017 statement that he ousted the FBI director last year over the probe.

"Both of those things can't be true," Comey said in response when asked about the president's comments on ABC, adding that he still does not know why Trump fired him last May.

"It matters that the president is not committed to the truth as a central American value," he said on the television network's "The View" program.

Comey's ouster came as the FBI investigated alleged Russian meddling in the 2016 presidential election and possible collusion between Moscow and Trump's campaign. The firing prompted the appointment of Special Counsel Robert Mueller to lead the inquiry and look at possible obstruction of justice.

Trump, who has denied collusion with Moscow, on Wednesday posted a tweet referring to "Slippery James Comey" and said he "was not fired because of the phony Russia investigation." Trump did not elaborate.

American intelligence agencies have said Russia interfered in the 2016 election through a campaign of propaganda and hacking in a scheme to sow U.S. discord and help get Trump elected. Russia has denied interfering in the election.

Trump had told Comey in a May 9 dismissal letter that he could not effectively lead the law enforcement agency. Two days later, Trump cited the Russia investigation in a televised interview with NBC News.

"In fact when I decided to just do it, I said to myself, I said, 'You know, this Russia thing with Trump and Russia is a made-up story," he told NBC. "It's an excuse by the Democrats for having lost an election that they should have won."

The Republican president has escalated his attacks on Comey, calling him a liar and a "slimeball," as the former FBI director embarks on a media tour to promote his book, "A Higher Loyalty: Truth, Lies and Leadership."

Comey's book chronicles his brief service under Trump, who he described as "morally unfit" to be president, while likening his leadership style to that of a mafia boss.

A longtime Republican who said he did not vote in 2016, Comey on Wednesday also said he no longer considered himself a member of the party. He told ABC that Republicans had made "a dangerous bargain" to adopt Trump's principles instead of maintaining their conservative values.

Comey's 10-year term as FBI director had been scheduled to end in 2023.