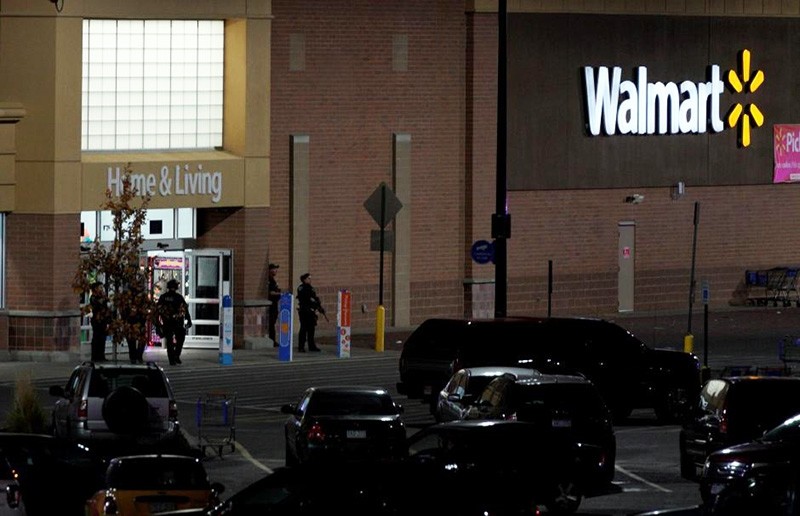 Police gunned down an African American father of three using two dozen bullets in the parking lot of a Walmart supermarket in California, authorities and his lawyer said Tuesday.

Diante Yarber, 26, was unarmed and parking his car in Barstow, about two hours east of Los Angeles, at the time of the incident on April 4, according to his lawyer Lee Merritt.

Among the car's four passengers was 26-year-old Mariana Tafoya, who is recovering in hospital from bullet wounds, Merritt told AFP.

He said police officers shot a total of 30 bullets, two dozen of which hit Yarber.

The lawyer plans to file a complaint this week for "excessive policing" on behalf of Yarber's family.

Police indicated officers had responded to reports of a "suspicious vehicle."

Merritt, the lawyer, said three police cars had responded to the incident.

Two other passengers in Yarber's car were arrested on site and later released. One was lightly wounded during the incident, and a police officer was also lightly hurt.

"The institutional racism that got 2 blk men arrested at @Starbucks got #DianteYarber killed for looking suspicious outside of @Walmart 30+ bullets poured into a car filled with people posing no threat to anyone!" the lawyer wrote on Twitter.

However, Merritt said his planned lawsuit would not be a racism claim.

Walmart did not immediately respond to requests for comment, but the Barstow store will be closed during the investigation.