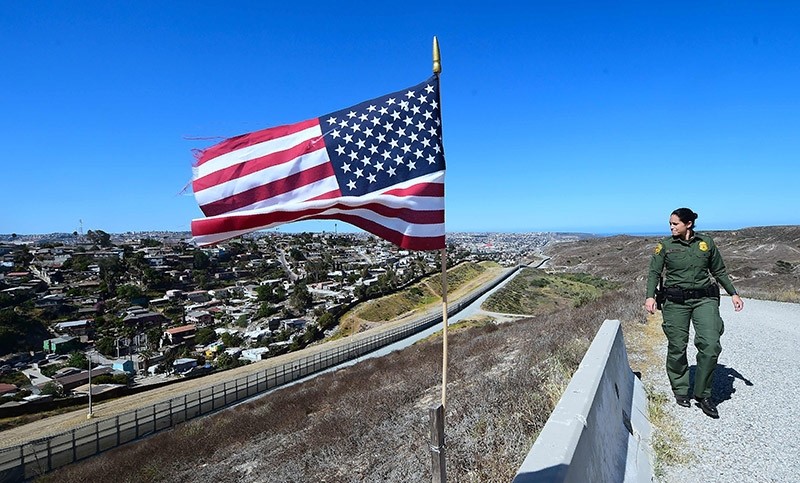 US Customs and Border Protection agent Tekae Michael patrols from within the Border Infrastructure System which runs for 14 miles inland from the Pacific Ocean seperating California from Mexico on April 17, 2018 in San Diego, California. (AFP Photo)
by reuters Apr 19, 2018 12:00 am

California said on Wednesday it had reached a deal with the Trump administration to provide 400 National Guard troops to combat criminal gangs, human traffickers and illegal firearm and drug smugglers within the state and at the U.S.-Mexico border.

California National Guard troops will not enforce immigration laws or participate in the construction of any new border barrier, the governor's office said in a statement.

The deal comes after a U.S. Defense Department official last week said the Democratic-run state had declined a request to commit troops to Republican President Donald Trump's effort to send up to 4,000 National Guard troops to help the Department of Homeland Security secure the border with Mexico in four southwestern U.S. states.

California Governor Jerry Brown has been a staunch opponent of Trump's efforts to tighten immigration law enforcement and build a wall along the U.S.-Mexico border. Brown last year signed a sanctuary law ordering state and local officials not to cooperate with federal immigration agents in certain situations.

National Guard troops are not taking part in direct border security and are not performing law enforcement work.