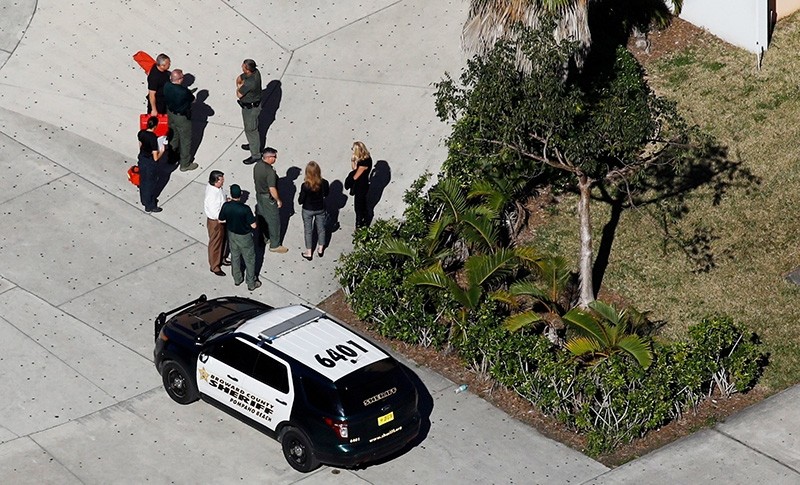 A Florida high school student shot and wounded a classmate on Friday as students around the country were poised to stage walkouts to protest gun violence.

The Sheriff's Office for Marion County said the suspect was in custody following the early morning shooting at Forest High School in Ocala, Florida.

The Ocala Star Banner newspaper said one student shot another in the ankle.

"At this time we have one person injured and they are being treated by medics," the Sheriff's Office said.

The Ocala shooting came as students nationwide were urged to walk out of classes to mark the 19th anniversary of the 1999 school shooting at Columbine High School in Colorado which left 13 people dead.

Students from more than 2,600 schools and institutions are expected to walk out of class at 10:00 a.m. local time, organizers say. They have been asked to wear orange, a color that has come to represent the movement against gun violence and to observe a 13-second silence in honor of the victims killed at Columbine.

"This movement is here to stay. No more excuses. We want solutions," organizers said on Thursday on Facebook.

The Parkland students have spearheaded a grassroots campaign for gun control which included marches by hundreds of thousands of Americans on March 24.

In Washington, students from area high schools planned to rally at the White House on Friday and march on Congress to demand action on gun control from legislators.

The latest national rally comes more than a month after tens of thousands of students from some 3,000 schools participated in the #ENOUGH National School Walkout to demand that lawmakers seek tighter gun control regulations.

It also follows "March For Our Lives" rallies in cities across the United States on March 24 that were some of the biggest U.S. youth demonstrations in decades, with hundreds of thousands of young Americans and their supporters taking to the streets to demand tighter gun laws.

Dudley Brown, president of the Colorado-based National Association for Gun Rights, said the gun-control movement seeks to have the government take away rights. "The main objective of these students is to ban firearms completely, and confiscate the firearms of law-abiding Americans," Brown said. "We will oppose them at every step."