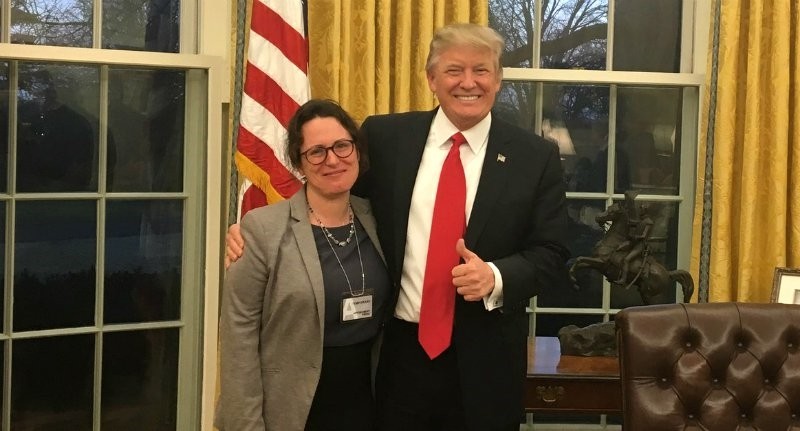 U.S. President Donald Trump on Saturday took direct aim at The New York Times reporter Maggie Haberman over her report on Trump's personal attorney Michael Cohen and said he doesn't Cohen to "flip" as the government investigates his business dealings.

According to Haberman's story, titled, "Michael Cohen Has Said He Would Take a Bullet for Trump. Maybe Not Anymore,", Trump treated Cohen "like garbage" over the years, "with gratuitous insults, dismissive statements and, at least twice, threats of being fired, according to interviews with a half-dozen people familiar with their relationship."

Trump responded to the article angrily, in a series of tweets, and accused The New York Times and Haberman of "going out of their way to destroy Michael Cohen and his relationship with me in the hope that he will 'flip'" — a term that can mean cooperating with the government in exchange for leniency.

"Most people will flip if the Government lets them out of trouble," even if "it means lying or making up stories," Trump said, before adding: "Sorry, I don't see Michael doing that despite the horrible Witch Hunt and the dishonest media!"

In the tweets, sent shortly after arriving at one of his Florida golf courses, Trump personally attacked Haberman and said: "The New York Times and a third rate reporter named Maggie Habberman, known as a Crooked H flunkie who I don't speak to and have nothing to do with, are going out of their way to destroy Michael Cohen and his relationship with me in the hope that he will 'flip'"

However, Trump's claim that he had nothing to do with Haberman may not entirely reflect the nature of their relationship. Haberman was the first reporter Trump informed that he was going to run in 2016 presidential race, and their contact continued ever since.

Trump later deleted and reposted the tweets correcting the spelling of Haberman's name.