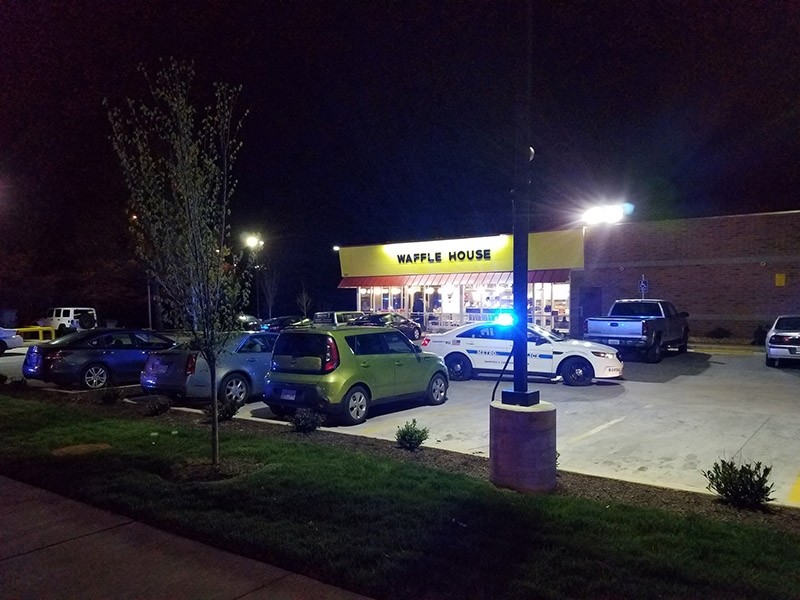 A nude gunman shot dead four people and injured two more in the early hours of Sunday at a restaurant on the outskirts of Nashville, Tennessee, police said.

The Metropolitan Nashville Police Department said in a statement that the shooting occurred at a Waffle House restaurant in Antioch, a suburb southeast of Nashville, at 3:25 am (0825 GMT).

"A patron wrestled away the gunman's rifle. He was nude & fled on foot. He is a white man with short hair," the statement added.

Waffle House: 6 persons shot, 4 fatally (3 died at the scene, 1 at the hospital). The 2 others are being treated at Vanderbilt. Search continuing for Travis Reinking. pic.twitter.com/ioR7cVq899

A following statement named 29-year-old Travis Reinking, of Morton, Illinois -- a village located some 450 miles north of Antioch -- as a person of interest. Police said the suspect arrived in a car registered to Reinking .

They added the gunman, who had shed his coat, was last seen walking on Murfreesboro Pike, where the 24-hour diner is located.

Local media citing police on the scene reported the gunman was armed with an AR-15 assault rifle -- a weapon commonly used by mass shooters in the US, where debate over gun control is fierce and shootings are all-too-frequent.

In the wake of the Florida massacre, student survivors launched a gun control campaign -- drawing hundreds of thousands to demonstrations -- and businesses including Walmart and Dick's Sporting Goods took measures to restrict access to assault weapons and firearms in general.

However, Congress is sitting on its hands when it comes to the issue.

Meanwhile, an ABC News/Washington Post poll published Friday suggested that support for a ban on assault weapons has risen sharply in the past few months.

Sixty-two percent of those polled said they support a nationwide ban on the sale of assault weapons, up from 50 percent in mid-February and 45 percent in late 2015.