At least 26 killed in pension reform protests in Nicaragua 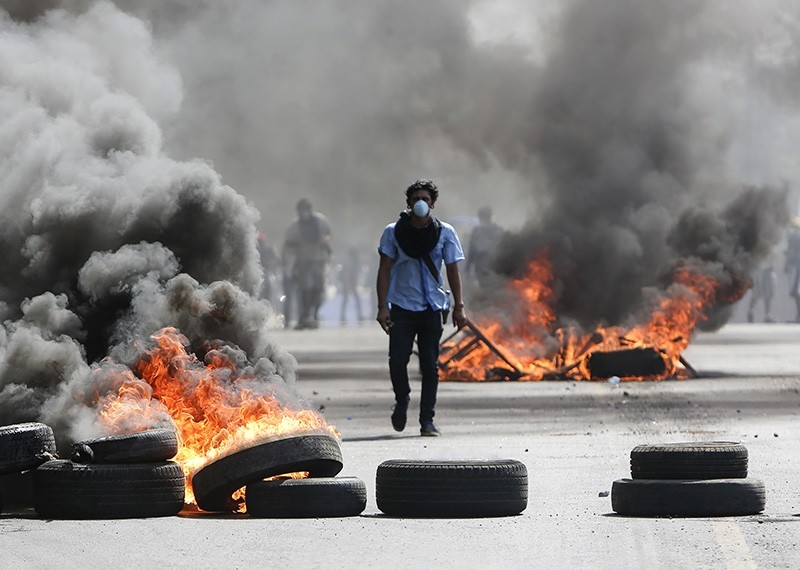 About 26 people have been killed in a wave of protests shaking Nicaragua, local human rights activists said Sunday.

The Nicaraguan Center for Human Rights said it was still trying to verify figures, but rights activists said at least 26 people had been killed since protests erupted in the Central American country on Wednesday over pension reform.

Dozens have been injured or arrested.

"We are dealing with more than 20 dead, but we are verifying because there is a lot of misinformation, the situation is really serious and beyond our possibilities to confirm," the center's director Vilma Nunez told AFP.

On Friday, the government put the number of people killed in two days of protests in the capital Managua and other cities at 10, the last official figure.

The reform designed by Daniel Ortega's government is aimed at settling a $76 million deficit faced by the country's social security institute.

The human rights group said the official government figure had not taken widespread violent clashes since then into account.

On Saturday, local media reported that journalist Miguel Angel Gahona was shot dead by a suspected police sniper in the city of Bluefields, on Nicaragua's Caribbean coast.

The growing sense of crisis has sparked panic-buying in supermarkets, and looting was reported at some stores early Sunday.

Parts of Managua were rubble-strewn where demonstrators had faced off against riot police the night before.

Soldiers armed with rifles stood guard at public offices in Managua, as well as in the northern city of Esteli. The army said they were "providing protection to entities and strategic sites."

Nicabus, an international bus line with links to Costa Rica and Honduras, said it has been forced to suspend services due to the violence.

Protest groups on Sunday announced a march to the Polytechnic University in the capital, where hundreds of students have been holed up since Thursday.

In a bid to calm the protests -- the biggest of his 11-year presidency -- Ortega agreed Saturday to speak with the private sector about social security reforms, only to be rebuffed by Nicaragua's top private-sector business union.

They said there could be no dialogue unless the government "immediately ceases police repression."

Even before the incident in which Gahona was shot dead on Saturday, journalists have reportedly faced attacks, been temporarily detained and had their equipment stolen since the start of the protests.

Four independent television outlets were taken off air on Thursday, although only one currently remains closed.

Information on the deaths is still piecemeal, but most of the dead are believed to be civilians protesting against the reform. However, one of the first victims was a 33-year-old policeman. Police said on Thursday that he had been shot dead.

Another early victim was a young male protester, whom officials said had been demonstrating in favor of Ortega's reform, though the opposition said he had been opposing it.

Apart from violence between riot police and opponents of the new law, clashes have taken place between opponents and supporters of the measure, which increases employer and employee contributions while reducing the overall amount of pensions by 5.0 percent.

The reform aims to bridge a $76 million deficit faced by the country's social security institute.

Pope Francis called for an end to the violence in a message during a service in St Peter's Square in the Vatican on Sunday.

"I express my solidarity with the country, and I join bishops in asking that the violence ends, pointless spilling of blood is avoided and the underlying issues be resolved peacefully and with a sense of responsibility."

EU foreign policy chief Federica Mogherini said in a statement the violence "is unacceptable, differences can only be resolved through inclusive dialogue. Protests need to be conducted peacefully, and public security forces must act with maximum restraint."

Analysts and business leaders say the protests go beyond dissatisfaction over pension reform.

"This has not been seen for years in Nicaragua," Carlos Tunnermann, former Nicaraguan ambassador to the US, told AFP.

That the protests have occurred "in almost all the cities of the country, in all the universities" and "have been repressed with violence by the government, means that there is a malaise of the population not only over the reforms, but for the way in which the country has been run," Tunnermann said.

Nicaraguans have had to endure constant increases in fuel and electricity prices, public sector layoffs and a reduction in social benefits, partly as a result of the crisis in oil-rich neighbor Venezuela.

"The central claim of the people is that they no longer want this government -- there is a total rejection of this government," Nicaraguan sociologist Cirilo Oterno said.