Any Mueller-Trump interview to be limited, US president's lawyer Giuliani says 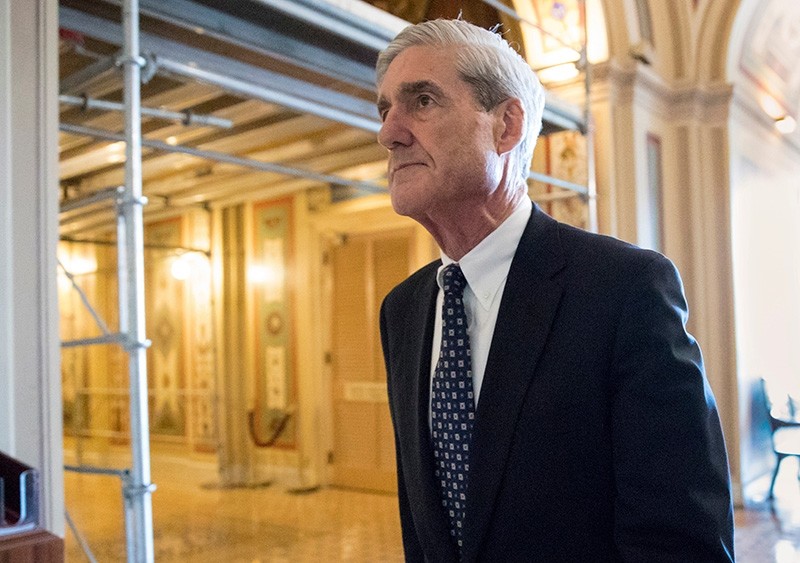 In this June 21, 2017, file photo, special counsel Robert Mueller departs after a meeting on Capitol Hill in Washington. (AP Photo)
by Compiled from Wire Services May 02, 2018 12:00 am

Rudy Giuliani, a lawyer for President Donald Trump, said on Wednesday that any interview of Trump by the special counsel investigating alleged Russian meddling in the 2016 U.S. election would be limited in scope and length, a Washington Post reporter said on Twitter.

"Some people have talked about a possible 12-hour interview. If it happens, that's not going to happen, I'll tell you that. It'd be, max, two to three hours around a narrow set of questions," Giuliani, a former New York mayor who backed Trump in his presidential campaign said, according to the reporter's Twitter post.

Separately, Giuliani told Bloomberg News that Trump's legal team "would be inclined" to allow Special Counsel Robert Mueller to interview the president. "We would be inclined to do it," Giuliani said, according to Bloomberg.

However, he said if Mueller had already decided to believe former FBI Director James Comey's account of events, "then we would just be leading him into the lion's den," Bloomberg reported. A year ago Trump fired Comey, who has since written a book critical of the president's conduct.

Trump has publicly wavered on whether he would sit down with Mueller's investigators, who are looking into whether the Trump campaign colluded with Moscow.

Both Trump and Moscow deny any wrongdoing, and the president has called the investigation a political witch hunt.

A spokeswoman for the White House did not immediately respond to an emailed request for comment, and a spokesman for the special counsel's office declined to comment.

Mueller has charged 22 people and entities to date, including Trump's former campaign chairman Paul Manafort and his associate Rick Gates.

Meanwhile, the U.S. president's lead lawyer for dealing with Mueller's Russia probe is stepping down at the end of the month, and is being replaced by Emmet Flood, a veteran of Bill Clinton's impeachment fight, the White House said Wednesday.

"Emmet Flood will be joining the White House Staff to represent the President and the administration against the Russia witch hunt," Press Secretary Sarah Sanders said.

Ty Cobb's announced departure is the latest in a series from the president's legal team amid an internal debate over whether or not Trump should agree to be interviewed by Mueller.

Cobb notified White House Chief of Staff John Kelly last week that he would retire at the end of this month, Sanders said, describing Cobb as "a friend of the president who has done a terrific job."

Cobb took the lead of the White House team after the previous lead lawyer, John Dowd, quit in March, convinced that Trump was not following his advice.

Dowd vehemently opposed Trump submitting to an interview, but the U.S. president at the time was reportedly inclined to talk to the special prosecutor, believing it would lead to a quicker end to the probe.

Former New York mayor Giuliani joined the president's legal team last month, amid reports he intends to negotiate with Mueller on an interview with Trump.

The Washington Post reported Wednesday that Mueller had warned Dowd in March that he could issue a subpoena for the president to appear before a grand jury if he declined to be interviewed.

Questions submitted by Mueller's team show he is probing possible obstruction of justice by the president in the firing of former FBI director James Comey.

Mueller also wants to ask Trump what he knew about attempts by campaign aides to seek Russian assistance during the 2016 U.S. election campaign, according to the questions leaked to the New York Times.