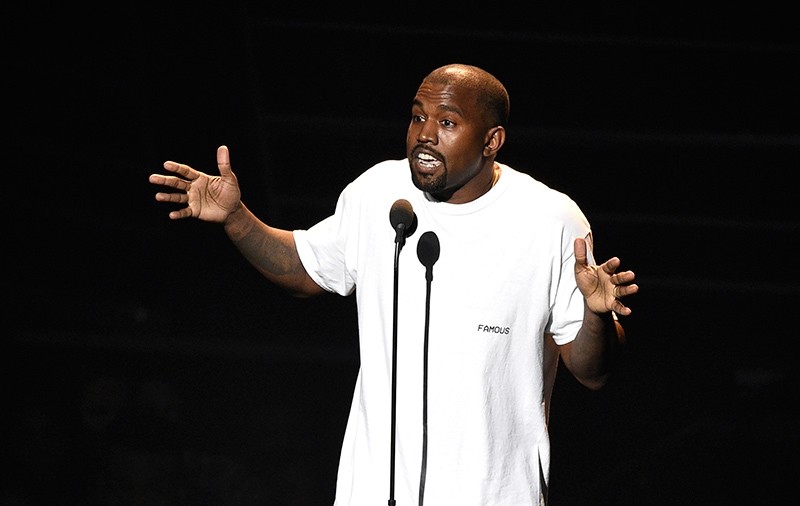 Before the last one had a chance to simmer down, Kanye West caused another stir, calling American slavery a "choice" in an interview Tuesday.

"When you hear about slavery for 400 years, for 400 years, that sounds like choice," West said on "TMZ Live" after questions on his pro-President Donald Trump posts and pictures that caused a dust-up last week. "You was there for 400 years, and it's all of y'all?"

"Do you feel like I'm thinking free and feeling free?" West asked the TMZ employees in the room.

"I actually don't think you're thinking anything," TMZ's Van Lathan quickly cracked back at West, as many would in the ensuing hours.

West's remarks immediately sparked an uproar on Twitter, his favorite medium, and he was taken to task live by a TMZ employee who said he was "appalled." Hastag #IfSlaveryWasAChoice quickly became trending on Twitter with more than half a million tweets.

"Kanye is a dangerous caricature of a 'free-thinking' black person in America," Sanders tweeted. "Frankly, I am disgusted and I'm over it. Also (I can't believe I have to say this): Slavery was far from a choice."

Others put it more briefly.

"Slavery wasn't a choice," Russ Bengtson tweeted, "but listening to Kanye is."

West also told TMZ that he became addicted to opioids that doctors prescribed after he had liposuction surgery in 2016. He was hospitalized for a week and had to cut short his "Pablo" tour. West said the painkillers drove him to a "breakdown," which became a "breakthrough" when he found himself again.

West also doubled down on his love of the president, which Trump has been returning in tweets.

"I just love Trump," West said, adding that most in hip-hop agreed with him before Trump became president. "Trump is one of rap's favorite people."

He enraged many fellow artists — but was embraced by conservative commentators — as he praised Trump, who has since cited the rapper's words as evidence of minority support.

In a separate interview with radio host Charlamagne tha God, West said he had not followed Trump's policies but, "When I see an outsider infiltrate, I connect with that."

West — who in 2005 made headlines by saying that then president George W. Bush "doesn't care about black people" — is one of the few prominent African Americans to support Trump, who built his career by promoting unfounded conspiracy theories about former president Barack Obama's birthplace.