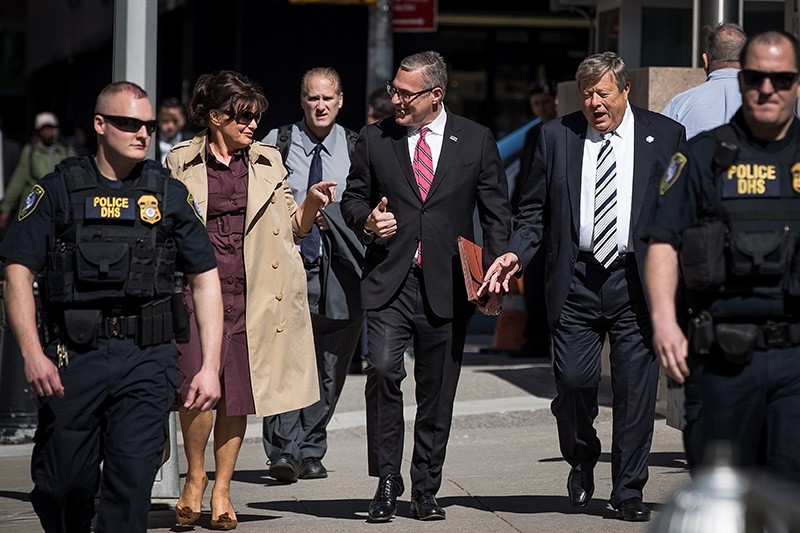 Amalija and Viktor Knavs, parents of U.S. First Lady Melania Trump, arrive with their lawyer Michael Wildes (C) at U.S. Citizenship and Immigration Services at the Jacob K. Javits Federal Building, May 2, 2018 in New York City. (AFP Photo)
by Associated Press May 02, 2018 12:00 am

The Slovenian couple had no comment Wednesday afternoon after about an hour-long meeting in the building which houses offices for federal immigration officials who help process citizenship applications.

The attorney and the White House have declined to comment on whether the first lady's parents are seeking to become U.S. citizens.

A spokeswoman for the first lady declined to comment Wednesday saying Mrs. Trump's parents are not part of the Trump administration and deserve their privacy.