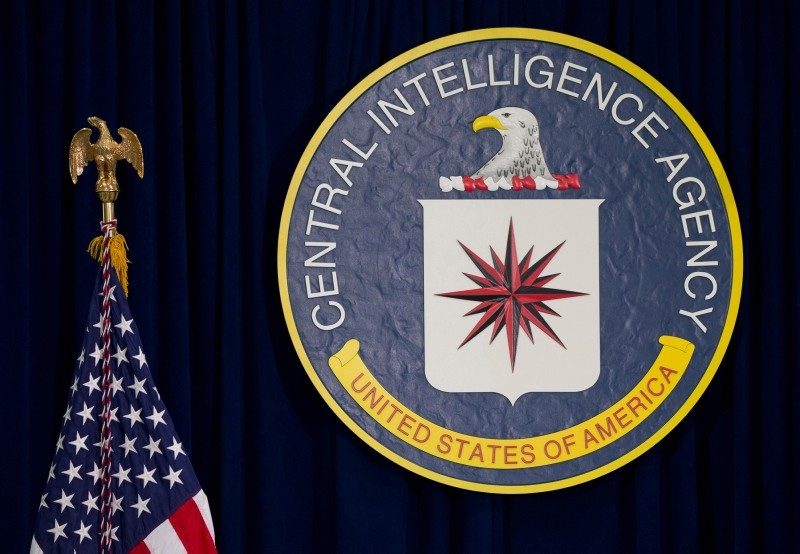 file photo shows the seal of the Central Intelligence Agency at CIA headquarters in Langley, Va. (AP File Photo)
by Associated Press May 05, 2018 12:00 am

President Donald Trump's nominee to lead the CIA has told senators privately that she would stand firm against any effort to restart the brutal detention and interrogation program the spy agency ran after 9/11, administration officials said Friday.

In comments meant to soften the public profile of Gina Haspel before her confirmation hearing on Wednesday, two administration officials said she was not the "architect" of the program, but a "line officer" who never interrogated any terrorism suspects. The officials, who are familiar with her meetings on Capitol Hill, were not authorized to discuss her private conversations with the senators and spoke only on condition of anonymity.

It's unclear if Haspel's pledge will be enough to sway Democrats who say the acting CIA director should be disqualified because she was the chief of base at a covert detention site in Thailand where two terrorism suspects were subjected to waterboarding — a technique that simulates drowning.

Haspel's vow to fight any attempt to resurrect the program puts her in the same camp as Defense Secretary Jim Mattis, who has advised Trump that he doesn't think torture is an effective interrogation tactic. But it's at odds with Trump, who spoke in the campaign about toughening the U.S. approach to fighting extremists and vowed to authorize waterboarding and a "hell of a lot worse."

Democrats, including Sen. Ron Wyden of Oregon, continue to ask the administration to declassify more detail about Haspel's involvement in the program, which stained America's reputation abroad.

"Nominees make all kinds of promises when they're trying to get confirmed," Wyden said. "The Senate and the public need to know what kind of person is making those assurances, or else they're just words. That's why Ms. Haspel's background needs to be declassified right now."

Sen. Mark Warner of Virginia, senior Democrat on the Senate intelligence committee, where Haspel will appear, also is urging the CIA to declassify as much information as possible about her background before the full Senate votes on her confirmation. "Senator Warner recognizes that there have been many legitimate questions raised regarding Ms. Haspel's record," said his spokeswoman Rachel Cohen.

Lawmakers on the Senate committee have not disclosed details of their conversations with Haspel in the run-up to her confirmation hearing and subsequent vote in the full Senate.

The two administration officials said Haspel told them that she — and the agency as a whole — learned lessons from the 9/11-era program, one of the darkest chapters in the CIA's history. Now that she is in a leadership position, she wants to make sure she never puts her CIA colleagues in a position again of taking on something so controversial and fraught with danger, they said.

The officials said that Haspel didn't learn sensitive details about the CIA's counterterrorism activities until October 2002, which would have been after the agency's first high-value detainee, Abu Zubaydah, was waterboarded 83 times in August 2002. Haspel also has told the senators that she believes the government should continue to adhere to current law prohibiting harsh interrogation, the officials said.

On the opposing side are groups such as the American Civil Liberties Union, which says she should have stood up against the interrogation practices then.

"Who in their right mind would think that it is legal to slam a man face first into a wall or waterboard someone to the brink of death?" asked Chris Anders, deputy director of the ACLU's legislative office in Washington. "If she did not stand up for the law and basic morality when it mattered, why should any senator believe that she will say no to any illegal order from this president?"

Haspel, who has been with the CIA for more than 30 years, also is expected to be grilled by the Senate intelligence committee about how she drafted a memo that called for the destruction of 92 videotapes of interrogation sessions. Their destruction, ordered by her boss in 2005, prompted a lengthy Justice Department investigation that ended without charges.

Last month, the CIA released a memo showing Haspel was cleared of wrongdoing in the destruction of the videotapes. The eight-page memo written in 2011 summarizes a disciplinary review conducted by then-CIA deputy director Mike Morell. He said that while Haspel was one of the two officers "directly involved in the decision to destroy the tapes," he "found no fault" with what she did.