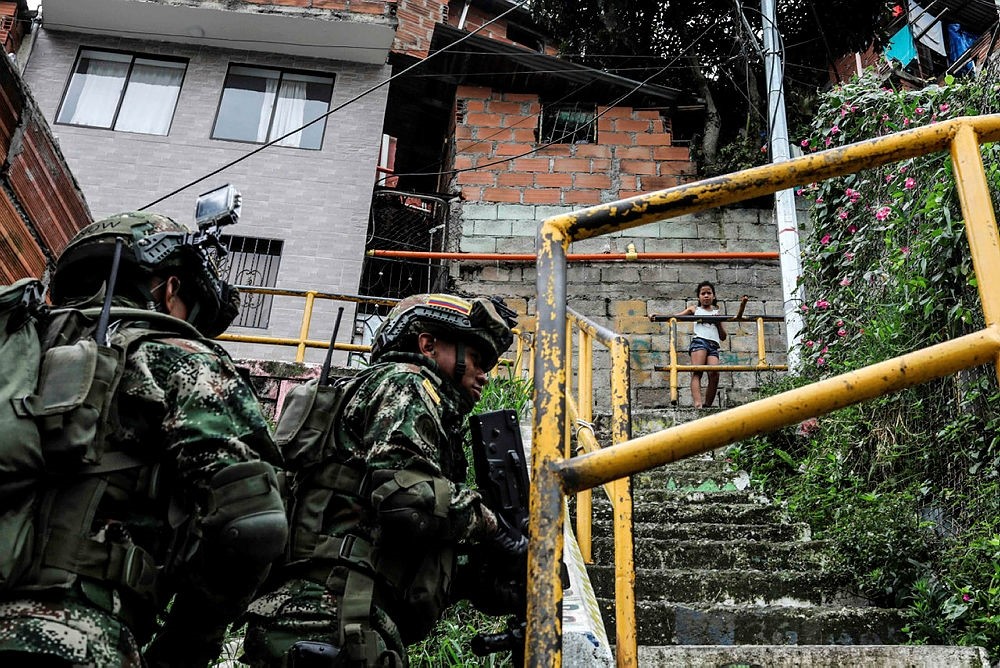 The Colombian army killed approximately 10,000 civilians between 2002-2010, presenting them as guerrillas killed in combat in order to earn promotions and to boost body counts, a book co-written by a former police colonel said.

Human Rights Watch previously reported that during those six years of Colombia's decadeslong armed conflict with the Revolutionary Armed Forces of Colombia (FARC), army brigades systematically executed more than 4,000 civilians to make it appear as if they were killing more rebel fighters in combat. To date, more than 800 members of the security forces have been convicted and hundreds more are under investigation.

However, according to according to Omar Rojas Bolaños and Fabian Leonardo Benavides, co-authors of "Extrajudicial Executions in Colombia, 2002-2010 – Blind Obedience in Fictitious Battlefields," the figures were three times more than what human rights groups reported.

Former colonel Rojas who served as a police officer for 31 years told The Guardian that the killings were carefully planned and carried out by "all ranks."

"We can call them 'false positives' or 'extrajudicial executions', but really these were cold-blooded murders."

He said the army especially targeted boys with disabilities because of their vulnerability and also a handful of military men who were suspected of whistleblowing.

"This isn't just something that happened in the past: we are still finding 'false positive' cases today. It's not with the same intensity as before, and now they call them 'military errors,''" Rojas said.

While hundreds of mostly low-ranking soldiers involved in the extrajudicial killings have been convicted in Colombian courts, many senior army officers believed responsible have escaped charges and been promoted. Under international law, commanders could be criminally responsible if they knew or should have known that a subordinate committed a crime and did not try to prevent or punish it.

The government reached a peace accord with the FARC in 2016 to end Latin America's longest-running conflict. The final agreement includes the creation of a special peace tribunal to which both rebels and military officers involved in any crimes are expected to confess. Those who share information on serious crimes will avoid lengthy prison sentences that they might have received in an ordinary court.